TV News: Inspector Montalbano and a Ray of Light 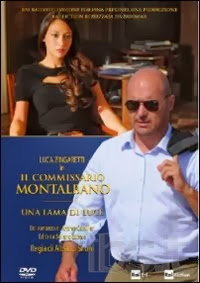 The fourth and final episode in the latest series of Inspector Montalbano is A Ray of Light on Saturday 9nd November at 9pm on BBC Four:

A woman is attacked and robbed on her way home late at night, but the case leaves Montalbano wondering whether there isn't more to the story than he's being told. An abandoned cattle shed in the countryside has been boarded up by unknowns and used for mysterious purposes.

A Ray of Light is based on Andrea Camilleri's nineteenth Montalbano novel, Una lama di luce, which has not yet been translated into English. It was published in Italy in 2012.

The following Saturday sees the Return of Borgen.
Posted by Karen (Euro Crime) at 1:51 pm