Here's a snapshot of what I think is published for the first time in August 2021 (and is usually a UK date but occasionally will be a US or Australian date). August and future months (and years) can be found on the Future Releases page. If I've missed anything or got the date wrong, do please leave a comment. 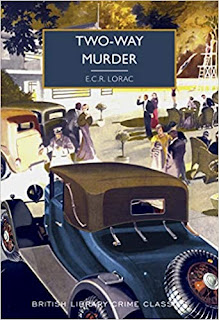 The winner of the Theakston Old Peculier Crime Novel of the Year 2021 was We Begin at the End by Chris Whitaker, with a Highly Commended for The Last Crossing by Brian McGilloway.

More details can be found at the Harrogate Festivals blog. 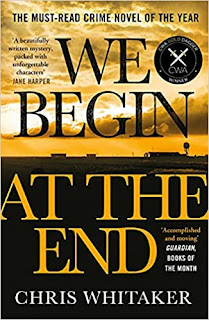 Amazon blurb: For fans of Jane Harper's The Dry comes a powerful novel about the lengths we will go to keep our family safe. This is a story about good and evil and how life is lived somewhere in between.Thirty years ago, Vincent King became a killer.Now, he's been released from prison and is back in his hometown of Cape Haven, California. Not everyone is pleased to see him. Like Star Radley, his ex-girlfriend, and sister of the girl he killed.Duchess Radley, Star's thirteen-year-old daughter, is part-carer, part-protector to her younger brother, Robin - and to her deeply troubled mother. But in trying to protect Star, Duchess inadvertently sets off a chain of events that will have tragic consequences not only for her family, but also the whole town.Murder, revenge, retribution.How far can we run from the past, when the past seems doomed to repeat itself?

I had hoped to have the August releases out on time however we are having some technical issues at the moment. We've moved from a desktop to a laptop and couldn't take the MS Office license with us and the new code we've been sent hasn't worked. I'm in touch with the company so hopefully it'll be resolved soon. It's causing a bit of stress, to add to everything else going on!
Posted by Karen (Euro Crime) at 1:35 pm No comments: