Sven Nordin is to take the lead role in Wisting, based on the books by (Petrona Award winning) Jorn Lier Horst. Fingers crossed for UK transmission. Here is some of the official press release: 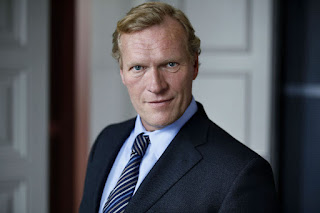 Sven Nordin is a beloved and revered character actor in Norway, and has also enjoyed great international success recently with the Norwegian drama series “Valkyrien” (NRK).

In the role of William Wisting, Sven Nordin will portray the hard-working, compassionate investigator who is trying to be a force of good in the world, without losing himself to the darkness. Wisting has dedicated his life to solving the senseless and vicious murders that shock his small coastal town. But trying to make the world a safer place comes at a huge cost – failing your own family.

– ”Wisting is a complex and intriguing person, and I can’t wait to portray him. I am a great admirer of the author Jørn Lier Horst and it is with great humility and joy that I embark on this task. This will be exciting! I look forward to it!” says actor Sven Nordin.

– “I am delighted by the great enthusiasm the project has been met with, and that the Wisting series will become a reality. I’m grateful that Sven Nordin has accepted the leading role of William Wisting. It is an excellent choice. He is stylistically assured and one of our very best character actors”, says author Jørn Lier Horst, a former Senior Investigating Officer in the Norwegian police force.

The first season of the series is based on two of the most popular
and prized books in the Wisting literary series, The Hunting Dogs and The Caveman. Shooting commences on January 17th, 2018 on location on southeastern Norwegian twin towns Larvik and Stavern. 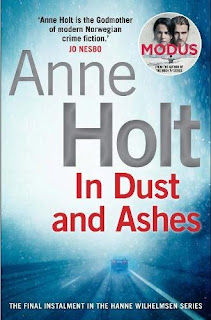 Oslo, Norway: January 2016
Kjell Bonsaksen is looking forward to his retirement from the police and his move to Provence. Squeezing ketchup onto the hot dog, he glances through the window towards the petrol pumps as a man approaches the entrance doors. Their eyes meet and Bonsaksen freezes mid-bite. The man fills his cup at the coffee dispenser and as he passes Bonsaksen, he softly says: “You knew I was innocent. You did nothing.”

Oslo: December 2001
Jonas has continuously recalculated the chronology: if he hadn’t had that extra coffee; if he hadn’t cut his hand and allowed little Dina to bandage it; if he hadn’t fumbled the keys or stopped to sort out the junk mail in the mailbox; those misplaced seconds that led to the fatal timing of a little girl running out into the road and stumbling. He had screamed as he tried to push the wheel of the car from his daughter’s body and he had screamed “My fault” at the bewildered driver, “Mine.”

Oslo: January 2016
Henrik Holme is blocked and jostled by the waiting crowd of journalists as he pushes Hanne’s wheelchair out of the courtroom. Flash photography and shouted questions gradually subside as the journalists examine their phones; the news of the death of Iselin Havorn has pushed the Extremist Trial’s verdict off their agenda.

These days Henrik has his own office and reports to Chief Inspector Sorensen. From seven in the morning until ten at night, he shuttles between this office and his mentor Hanne's apartment, should she need him. Now it is evening and he is staring despondently at his empty in-tray when a burly man darkens the doorway and places an old blue ring-binder on his desk, insisting that Henrik and Hanne look into the case.

Henrik explains that he cannot take a case unless it is referred by the Chief, no matter how much he sympathises over a criminal getting away. The man interrupts, “He didn’t get away,” and tells Henrik that he, Superintendent Bonsaksen, cannot enjoy his retirement until … well. The man was convicted and served time. He never fought the charge of killing his wife. But Bonsaksen always doubted the verdict. When, the other day, he bumped into the man – his eyes were … dead. That man lost everything, Bonsaksen tells Henrik. Jonas Abrahamsen deserves another chance.

Confined to a wheelchair, Hanne Wilhelmsen advises the Oslo police on cold cases from the apartment she shares with her wife and daughter and is assisted by Detective Henrik Holme, a talented but isolated investigator. Hanne is between official cases when she becomes obsessed with the suicide of wealthy businesswoman and blogger Iselin Havorn. Havorn (meaning Sea Eagle) was a successful Marxist-Leninist journalist who, after becoming ill with what she decided was mercury poisoning and electromagnetic sensitivity, had turned towards alternative cures, an alternative lifestyle, conspiracy theories and eventually right-wing nationalism. Her wealth had been founded upon business interests in her wife’s herbal cure company. Recently she became notorious when unmasked as the writer of a virulently racist blog and her sudden death with its suicide note is a media sensation. But Hanne cannot believe that a woman such as Havorn would have killed herself.

Meanwhile Henrik becomes equally concerned by the guilty verdict that convicted Jonas Abrahamsen of the murder of his wife on New Year’s Eve two years after their daughter’s death. The couple were divorcing and Henrik thinks that the traumatised man’s mistake had been to deny visiting his wife on that New Year’s Eve. When Jonas was identified as the figure on the path in the background of a neighbour’s party photograph, with no other suspect in the shooting of his ex-wife, he was convicted. With no fight left in him to appeal, he went to prison for eight years.

Now Henrik and Hanne are at odds with each other. Each is convinced that their cases need investigation, each disagrees with the other’s preoccupation but neither have official permission to investigate. Then everything, it appears, must be put on hold when the child of a national lottery winner is abducted.


IN DUST AND ASHES is described by its publisher as the tenth and “final instalment” in Anne Holt’s “Hanne Wilhelmsen” crime series. An undoubted giant of Nordic crime fiction, Holt has a fine reputation and a host of fans. I have failed to keep up with Hanne since the earlier novels – not following her as a character and the twists, turns and shooting that have led to her confinement to a wheelchair. Nor have I got to know Henrik Holme until now. Therefore I’ll admit to finding the going a bit difficult. The novel unfolds from the working relationship of Hanne and Henrik. Hanne appears to be withdrawing from all social contact other than with Henrik and her family whilst Henrik struggles to modify his compulsive tics and obsessions and to draw closer to “fitting in”. As the plot throws it spotlight on Jonas – it seems as if most of this book’s characters are expressing psychological misery and alienation (with due cause you could say) and this leaves me with the uneasy feeling that Holt has become the queen of bleak. Except for the happy retiree Bonsaksen, whose insistence on re-examining the murder conviction of Jonas provides the impetus for unfolding an ingenious puzzle of a plot.

A thorough police procedural and a tour de force in character study and plotting, IN DUST AND ASHES eventually develops suspense and pace and hurtles towards its ending. But it left me unsure of my feelings about it all. I don’t mind my Nordic Noir being dark but I’m not too sure of almost (and I do say almost) relentlessly bleak.

From the Bookbrunch newsletter:

Reviews and series order can be found on the Euro Crime website.
Posted by Karen (Euro Crime) at 11:47 am No comments:

The Sinner starts on Netflix on Tuesday. Based on German author Petra Hammesfahr's novel, is stars Jessica Biel and Bill Pullman.


"When a young mother inexplicably stabs a stranger to death, a sympathetic detective struggles to unlock the mystery buried in her missing memories."

Fiona Walker reviewed THE SINNER, translated into English by John Brownjohn, for Euro Crime back in 2008:


Petra Hammesfahr's THE SINNER is a brilliant book, an absolutely masterly piece of crime fiction. Once again I find myself endlessly grateful for the continuing zeitgeist of translated crime, which means that we English readers get the treat of reading this exemplary psychological thriller, a haunting descent into the torments of one woman's youthful years.

...there's been a lot of buzz about Stieg Larsson's THE GIRL WITH THE DRAGON TATTOO, and deservedly so, but this first translation from Hammesfahr is without doubt of equal quality, and deserves just as much praise.

Here's a snapshot of what I think is published for the first time in November 2017 (and is usually a UK date but occasionally will be a US or Australian date). November and future months (and years) can be found on the Future Releases page. If I've missed anything do please leave a comment.