TV News: The Return of Borgen to BBC4 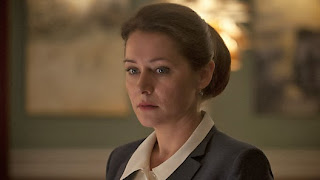 The third and final series of Borgen will begin on BBC4 on Saturday 16th November at 9pm with A Child of Denmark:


It's two and a half years since Danish Prime Minister Birgitte Nyborg called a general election, and she has left the political arena to become a well-paid speaker in business circles.

However, Nyborg has become disillusioned with the compromises the Moderate Party are making with the new government - and is compelled to act.