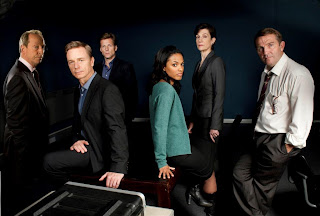 The cream of British acting talent are back together for the third series of the hugely successful ‘Law & Order: UK’. Series 1 and 2 have proved a huge hit with viewers, averaging 5.9 million viewers an episode. The programme covers diverse storylines taken from the original hit US series but all with a distinctly British perspective. Now the teams are back to solve more perplexing crimes and bring the perpetrators to justice.

BRADLEY WALSH is DS Ronnie Brooks, a real East End, copper’s copper, friend and partner to the charming DS Matt Devlin, JAMIE BAMBER whose approach to policing is part seduction part force. Both report to DI Natalie Chandler, HARRIET WALTER, a working mum who would back them to the end.

While the CPS team comprises BEN DANIELS as dedicated Senior Crown Prosecutor James Steel, a man on a mission for justice; FREEMA AGYEMAN , as hard working, strong-willed young prosecutor Alesha Phillips; and BILL PATERSON as their respected boss CPS director George Castle, a man trying to balance his ideals with the bigger picture.

The new cases faced by the teams are even more compelling and shocking then those featured in previous series. They include: a toddler being led to his death, a 16 year old girl found dead in her home in the middle of the afternoon, a prison officer shot dead on a council estate, a mysterious killer using a bayonet to slay his victims, the stabbing of a student and the murder case of DS Matt Devlin’s best friend.

I love this show! Can't wait until it starts.
CD

I love Bradley Walsh in Law and Order UK, he's also really funny on Odd One In