Euro Crime has three sets of Lockdown (paperback) and Deadlock (hardback) by Sean Black to giveaway. Just answer the simple question and include your details in the form below.

This competition is open internationally and will close on 31 August 2010.
Only 1 entry per person/per household please.
(All entries will be deleted once the winners have been notified.) 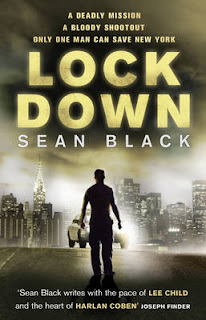 New York. It may be Christmas in New York, but for ex-soldier turned elite bodyguard Ryan Lock, it's business as usual: his mission is to protect one of America's most ruthless businessmen. A Bloody Shoot-Out. Suddenly gunshots ring out. People run for cover. Innocent people are mown down. Amid the chaos, Lock's hunt for the killers turns into an explosive game of cat and mouse. A Deadly Secret. Lock's search for the truth takes him from the rooftops of a New York skyscraper to a heavily fortified warehouse on the Hudson where he confronts one of the world's most dangerous women. As the clock ticks towards midnight on New Year's Eve, all routes into and out of Manhattan are sealed, and Lock realises that not only is his own life in terrible danger but so are the lives of millions of others... 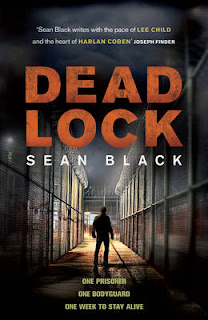 His mission should have been straightforward: to keep one man alive for one week. One prisoner - Super-intelligent and brutally violent, Frank 'Reaper' Hays is a leading member of America's most powerful white supremacists prison gang. One bodyguard - Ex-military bodyguard Ryan Lock has been hired to protect him. His mission is to keep Reaper alive for a week until he can be brought to trial. One week to stay alive - But Lock soon realises that he faces the toughest assignment of his career - just to survive ...