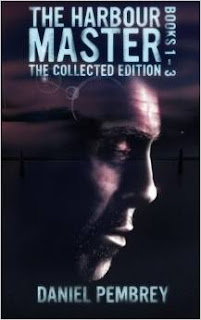 Two key characters in THE HARBOUR MASTER are equally important: Henk van der Pol and Amsterdam. They cannot exist without each other.

Having spent years in the military and living abroad Henk is a maverick cop on the verge of retirement, the owner of a typical houseboat, strongly believing that ‘we Dutch remain at heart a seafaring people’. He is happy with his personal life, still attracted to his wife Pernilla, a newspaper features writer, and slightly anxious about daughter Nadia, a headstrong media student. In the professional sense Henk is growing disillusioned with the budget-and-target driven management at the police station where he’s stationed. Also, it seems that politics and connections take priority over decent policing and clearing the streets of criminals. And as Henk and the city are one, the work and private lives merge constantly into one, too.

When on a cold morning Henk finds a woman’s body in Amsterdam Harbour, he’s told by his boss to back off. The photos he took on his mobile vanish. But the weathered detective isn’t going to give up. He follows gut feelings and tenuous clues: a tattoo seen on the dead body, leading him into the Red Light District and then the den of a vicious Hungarian pimp. His involvement threatens his family life. Henk must decide who his real friends are, especially as his own investigation creates more problems with his superiors, though his own small team of Stefan and Liesbeth duly deal with orders and suggestions.

In the second part Henk investigates a mysterious case involving diamonds and a Ghanaian diplomat, fine art and drugs. He travels to Rotterdam and Brussels, visits places that are out of limits, questions a glamorous art insurer and a head of a notorious bike gang. There is a high class prostitute viciously beaten by a client. And a murder of a Norwegian diplomat which takes Henk to Oslo in the third book. The finale also sees Henk working outside of the official investigation into the kidnapping of a powerful Dutch politician Rem Lottman who might (or not) be his friend. The situation mirrors the kidnapping of Freddy Heineken in 1983 and Henk cut his professional teeth on that case.

Daniel Pembrey is a master of concise stylish writing. It demonstrates not only his craftsmanship and discipline but also an intelligent ability to convey mood and atmosphere of the setting and urgency of Henk’s actions within the clearly defined framework of a novella. This vivid and mesmerising portrait of the city is not for the faint-hearted. However, murky, dangerous and illegal Amsterdam is very appealing as Pembrey weaves tiny pearls of history and geography into the tightly constructed stories.

Putting three books together makes perfect sense: it allows the reader to immerse in Henk’s life while he manoeuvres through the maze of political options, criminal underworld and old friends. He is a good player yet feels threatened by all the changes… So Henk van der Pol tries to remember his own motto: Things evolve. And they will keep evolving in further instalments of the Harbour Master series.