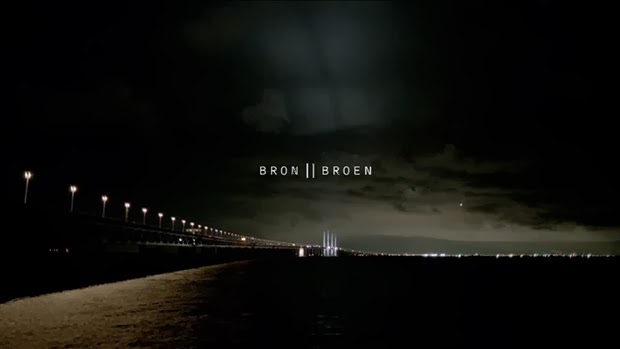 The second series of The Bridge begins on BBC Four at 9pm on 4 January 2014, followed by the second episode (of ten) at 10pm.


A coastal tanker leaves the Oresund waterway and is headed straight for the Oresund Bridge. When the coastguard board the ship they discover there is no crew and three Swedish and two Danish youths are chained below deck. Saga Noren of Malmo County Police is put in charge of the case and contacts Martin Rohde, who is still haunted by the death of his son. Together they embark on investigating the case.


The first series is being repeated over Christmas in the small hours of the weekday mornings ie Monday to Friday from 23 December at 3am on BBC Four. Full episode listing is here.
Posted by Karen (Euro Crime) at 9:32 am