Review: I Am Pilgrim by Terry Hayes 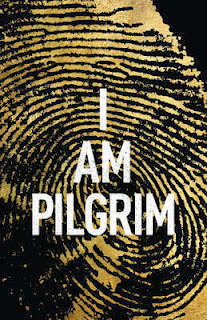 This is the best first thriller novel with a espionage/murder theme by a British-born writer I think that I have read for a very long time. It is a real block-buster. Absolutely sensational.

It tells the story of a 'consultant' called out to a horrific killing in a very low class New York flop house hotel. The victim's identity has been masked by the killer putting her body in bath filled with acid. This hotel is located very near Ground Zero. The story traces the past life of the consultant who was a high ranking CIA specialist assassin. He was born an orphan but brought up by very wealthy foster parents and trained as a doctor but was approached after leaving medical school and spent many years in the CIA. After 9/11 he resigned which is why he was lending his skills to the New York police department.

The story also describes the life of an Arab boy born in the Kingdom of Saudi Arabia who had to witness the beheading of his own father and swore to avenge the killing not by attacking the Arabs but the Americans because they support Saudi Arabia. All the separate elements of this marvellous story come together in the dramatic conclusion.

Although this is his first novel, this author has massive experience of creating the screenplays for Road Warrior/Mad Max 2, Dead Calm and other films and TV, after a journalistic career in Australia. He has written an extremely gripping and highly imaginative story in his very first book with very well described characters and a plot which I don't think I'll forget for a very long time.

This is an absolutely tremendous book which, while it is quite long, covers much ground and the many adventures of the protagonist and his enemy. I do not think in view of this it could be any shorter. I was gripped and spellbound until I finished it in about three days! I'm looking forward to further books from this very talented new writer. Extremely enjoyable and well recommended.