I've been told that the follow-up to Jussi Adler-Olsen's Mercy - Disgrace - is being pushed back to June (from March). Proofs should be around in a couple of months. No news on the translator yet. If this happens Disgrace will be eligible for the 2013 International Dagger not the 2012. 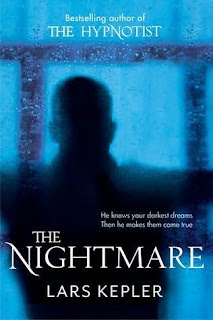 The sequel to Lars Kepler's The Hypnotist, The Nightmare (out May 2012), is being translated by Laura A Wideburg. She has previously translated the three Inger Frimansson books available in English and reviewer Maxine, at the time, praised her translations. Laura Wideburg's website also states that she is working on a Helene Tursten novel (presumably 2012's Night Rounds?)
Posted by Karen (Euro Crime) at 9:00 pm

Karen - Thanks for this news, although I must say I'm not happy to have to wait for the new Adler-Olsen...

If you need Polish translation then just let me know :)

That's interesting news about Laura W, as you write I enjoyed her translations of Inger Frimansson but I think they are US translations, so presumably these new ones will be, too. I am not too bothered about the Kepler but very keen to read a new Helene Tursten and Jussi Adler-Olsen, I hope we don't have to wait "too" long for both. I think there are some very strong candidates for the int dagger so far, so perhaps the publishers are wise to wait ;-)

I can confirm that it's Night Rounds that Wideburg has translated (from Helene Tursten's novel)--advance copies are making their way out to reviewers now.
Glenn