DVDs for your Wish-List 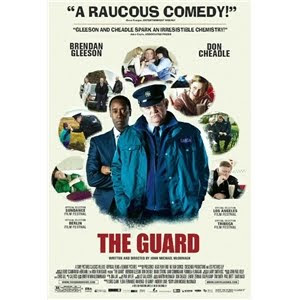 Despite being top of the charts for a while due to its success in Ireland, The Guard was only on for a week in my area and I was unable to get to a showing. However the DVD is released on 16 January 2012.

Blurb: The Guard is a critically acclaimed Irish black-comedy, where Sergeant Gerry Boyle (Brendan Gleeson, In Bruges) a small-town cop with a rather unorthodox approach to his police work must join forces with straitlaced FBI agent Wendell Everett (Don Cheadle, Ocean's Eleven trilogy) to take on an international cocaine-smuggling ring. 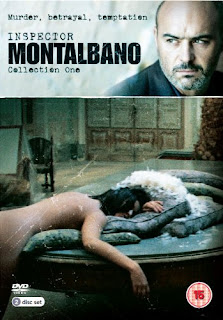 Fed up with watching the same two Inspector Montalbano episodes on BBC4? Then here's some good news. 5 March 2012 sees the release of the first collection (R2) containing:

"The Snack Thief, The Voice of The Violin, The Shape of Water, The Mystery of The Terracota Dog. In Italian with English Subtitles"
Posted by Karen (Euro Crime) at 6:56 pm

ha ha, we have still got those 2 eps recorded from about 3 xmases ago - I just assumed I'd missed others! I may well get that DVD for someone for xmas, thanks for the tip. As for the Guard, I did see that in the papers when the film came out and assumed it was based on Ken Bruen's novel in the plural! Now I realise I must have been getting confused with London Boulevard.