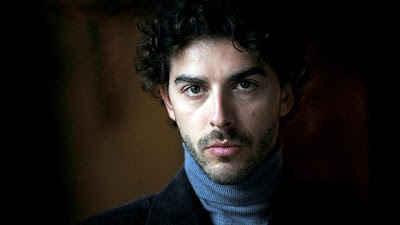 Young Montalbano is a six-part series, with Michele Riondino as Montalbano. The first episode, on Saturday 7 September at 9pm on BBC Four, is The First Case:

Young detective Salvo Montalbano is posted to a remote village in the Sicilian mountains, where he struggles to adapt to the somewhat unwelcoming climate, but a promotion and transfer bring him to the more agreeable seaside town of Vigata. Here he finds himself supervising a team of local policemen, including veteran Carmine Fazio and affable but bumbling agent Catarella. Montalbano's first case in Vigata involves investigating an attempted murder at the hands of a vulnerable young woman whose motives appear unfathomable.

The series is co-written by Andrea Camilleri and Francesco Bruni with the stories drawn from several short story collections.