If you hadn't heard of Henning Mankell, which one of these covers would entice you to pick the book up? The US one has a little of the US Stieg Larsson covers about it I think?

UK on the left, US on the right: 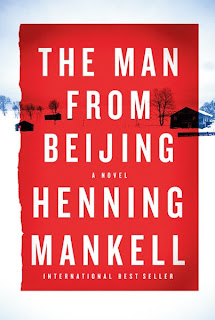 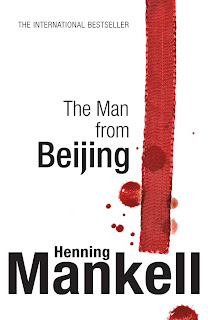 January 2006. In the Swedish hamlet of Hesjövallen, nineteen people have been massacred. The only clue is a red ribbon found at the scene.

Judge Birgitta Roslin has particular reason to be shocked: Her grandparents, the Andréns, are among the victims, and Birgitta soon learns that an Andrén family in Nevada has also been murdered. She then discovers the nineteenth-century diary of an Andrén ancestor—a gang master on the American transcontinental railway—that describes brutal treatment of Chinese slave workers. The police insist that only a lunatic could have committed the Hesjövallen murders, but Birgitta is determined to uncover what she now suspects is a more complicated truth.

The investigation leads to the highest echelons of power in present-day Beijing, and to Zimbabwe and Mozambique. But the narrative also takes us back 150 years into the depths of the slave trade between China and the United States—a history that will ensnare Birgitta as she draws ever closer to solving the Hesjövallen murders.

definitely the british one

Left for me to.

The left one (UK), the other one is just too red.

UK for me too (as nearly always)

Here is someone else with a keen eye for those covers:

I guess marketing got them both right...this American picks the one on the right!

I like the left one (UK) too. I first saw this post in Friend Feed, where you can only see the title of the post and the US cover image. I immediately thought "looks just like the US covers of Stieg Larsson's books" - then I came and read your post!

I guess I like the righthand one but even though I'm from the other side of the Atlantic, I usually like the UK version.

I don't like the blood drops and due to middle age-ed eyesite, I could barely see what's on the righthand cover in blue.

Anyway, I'm drawn to the larger letters due to aforesaid phenomenon; it's as simple as that.

Hej, I like the UK version more. Right (US) is to red.