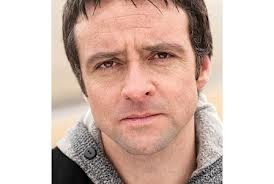 Hinterland is a gripping new detective series based in the coastal Welsh town of Aberystwyth - set against the backdrop of mountainous hinterland, isolated farms and close-knit villages. A natural crucible of colliding worlds, where history, myth and tradition come face to face with the modern and contemporary - its panoramic vistas and quaint facade hide a multitude of sins - this is a place that lives according to its own rules, a place where grudges fester, where the secrets of the past are buried deep.
DCI Tom Mathias (Richard Harrington, Lark Rise To Candleford) is a brilliant but troubled man on the run from his past. Having abandoned his life in London, he finds himself holed up in a trailer park on the outskirts of town – a place filled with secrets as dark and destructive as his own. Together with hometime girl DI Mared Rhys, he forms an engaging partnership in a thrilling new drama with pace, poetry and scale.

And this from This is South Wales:


A NEW television detective series that will be shown in both Welsh and English is to film in Ceredigion.

It is the first back-to-back drama series to be made in both languages and will first be shown in Welsh on S4C and then in English on BBC Wales under the title Hinterland. 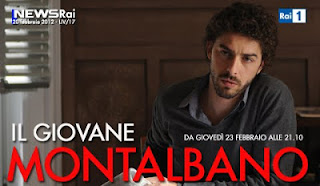 The Inspector Montalbano drama series have been a popular fixture of the BBC Four schedule for the past year. Now, in Young Montalbano, viewers will get the opportunity to learn how both the private life and career of the Sicilian detective developed in this new series which gives an insight into his youth. Set in the early 1990s and starring Michele Riondino in the title role, this prequel series, also written by Andrea Camilleri was recently shown to critical acclaim in Italy.

So far 6 episodes of 100 minutes have been filmed. It stars younger versions of all the regular characters -  Fazio, Mimi, Catarella, Livia, Pasquano and Zito.
Posted by Karen (Euro Crime) at 6:52 pm

Will this series be seen in Canada?