I'm very pleased to welcome Caroline Lawrence to Euro Crime. She has previously guest-posted on my teenage blog, Teenage Fiction for All Ages about her favourite character from The Good, the Bad and the Ugly and I have reviewed the first of her Western Mysteries, The Case of the Deadly Desperados (which is now out in paperback) and I have the second book, The Case of the Good-Looking Corpse in my tbr.

I was recently invited to attend Crime in the Court at Goldsboro Books in Cecil Court - not a ‘court’ at all, but a charming pedestrian alley two skips and a hop from Leicester Square. Full of antiquary book shops, old post card dealers and other such quainteries it even has its own website and Twitter account.

Goldsboro Books, owned by David Headley and Daniel Gedeon, specialize in UK first editions, especially crime novels. I first began signing stock for them a dozen years ago when my first Roman Mysteries came out and they were working out of their own homes. Now they have a posh shop where a real murder was once committed. They had a notion to host a drinks’ party wherein fans could meet authors and vice versa. Thus Crime in the Court was conceived.

On Tuesday 3 July 2012, about sixty authors, agents and faithful fans were invited to arrive at 6.30. In theory it was to be wine and canapés on a balmy summer evening. In reality it was grey and drizzling. But crime writers are not easily discouraged, nor are their fans! 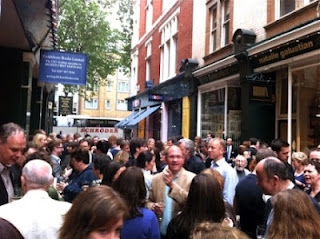 By 7.00 the alley was seething with literary types. I don’t drink and being an author of kids crime books I knew hardly any of the 'grown up' crime writers, so in order to break some ice I went around asking the illustrious writers to name the first crime book they read as a child. Although I only spoke to a couple of dozen, they were all good sports and played along. (Crime writers really are among the nicest people in the world.) 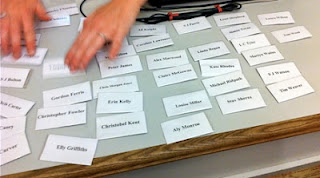 As you might expect, many of those I canvassed claimed the early influence of authors such as Agatha Christie, Sir Arthur Conan Doyle & Dorothy L Sayers.

Erin Kelly told me that her seminal book was The Body in the Library, by Agatha Christie. She read it aged twelve and it changed her life. My pal Sophie McKenzie was also twelve when she read Christie’s 4.50 from Paddington at her aunt and uncle’s house. Sophie writes crime for Young Adults and her first adult crime book is out in September. Kate Rhodes (author of Crossbones Yard) loved all of Agatha Christie’s oeuvre and Elly Griffiths specifically remembers adoring Murder on the Orient Express. 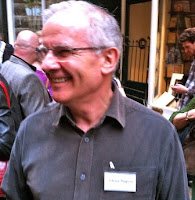 Adrian Magson, author of the Inspector Rocco crime series set in 1960s France, got started reading Leslie Charteris’ The Saint books at the tender age of 8. He liked the crime and admitted that "the girls didn’t hurt".

Barbara Nadel, author of more than a dozen books about Çetin İkmen, a chain-smoking and hard-drinking cop on the Istanbul police force, remembers The Faraway Tree books by Enid Blyton. Not really crime, she admitted, though there was often a mystery.

Mark Billingham read The Godfather and Jaws the summer he was fourteen, and loved them both. This was before either came out as a film. He told me they were hugely influential on his decision to become a writer.

You don’t often think of Roald Dahl, Dodie Smith and Beatrix Potter as crime writers, but they are. 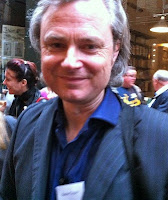 Simon Toyne, author of Sanctus and The Key, loved Danny the Champion of the World, by Roald Dahl. He particularly relished the drugging and stealing of the pheasants by placing sleeping pills in raisins. (Kids, don’t try this at home.)

Platinum blonde noir-writer Laura Wilson loved A Fierce Bad Rabbit by Beatrix Potter. The way he took a carrot without asking gave her a frisson she never forgot.

When Penny 'Tideline' Hancock was eight or nine, she read The Young Detectives by R.J. McGregor and relished the secret passages, etc.

Finally, Goldsboro co-owners Daniel Gedeon & David Headley shared their picks. Daniel’s favourite kids’ crime author was the overall winner Agatha Christie, and David’s fave crime book was oft-chosen Danny the Champion of the World. And mine? Nancy Drew, the coolest, cleverest, most independent girl I had ever met. 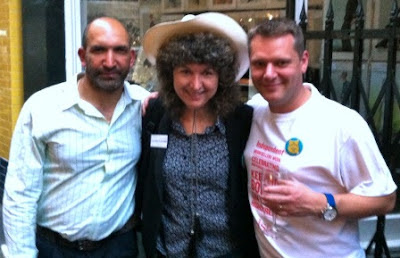 
Many thanks to Caroline Lawrence and Orion Childrens for arranging this.

No crime writer me... but a Eurocrime fan for sure. Realised that Eurocrime started early for me as my favourite all time childhood book was Paul Berna's "A Hundred Million Francs"... about a gang of Parisian street children whose "headless" toy horse becomes the hideaway for thieves cash. Never mind Enid Blyton... give me the streets of Paris.