I'm afraid I'm a bit late with this casting news but according to an article in the Daily Mirror, Stephen Tompkinson (recently seen in Wild at Heart) is to play Inspector Banks in the adaptation of Peter Robinson's Aftermath: 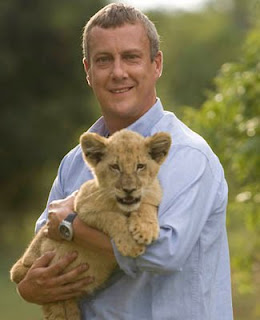 The Ballykissangel star is slipping into a mac to play Chief Inspector Alan Banks in Aftermath - a TV adaptation of Peter Robinson's gritty novels. Stephen, 44, said: "There is probably room for a new detective on ITV now that Morse has gone and Frost is going. I've always wanted to play a detective. I adored Columbo so I will have to wear a mac in tribute to him."

The character is a divorced dad-of-two who investigates murders in a Yorkshire market town.

I adore Aftermath so this will be a test for Tompk, i think.

Your news is news to me! I might watch this - I, too, enjoyed Aftermath - in fact you recommended it to me I believe, as a good place to embark on this author. I found it a powerful novel.

I'm reading Robinson's books now. Really enjoying the series. I've wondered why they haven't been filmed. I hope this film shows up in the US>

I am a masive fan of Peter Robinson and I truly hope that the tv do this wonderful author justice.

I've read every books of Peter Robinson twice and looking forward to reading "Watching the Dark".

Can't wait for Inspector Banks series to come to Canada. Love the actor you picked to play the part.