The Wings of the Sphinx - sneak peek

The eleventh in Andrea Camilleri's Inspector Montalbano series, The Wings of the Sphinx, will be published on 29 December by Penguin USA. The UK edition will be out in June 2010. 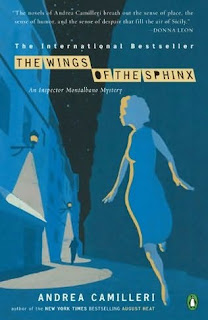 1
What ever happened to those early mornings when, upon awakening, for no reason, he would feel a sort of current of pure happiness running through him?

It wasn't the fact that the day was starting out cloudless and windless and shining bright with the sun. No, it was a different sensation, one that had nothing to do with his meteoropathic nature. If he had to explain, it was like feeling in harmony with all of creation, perfectly synchronized with a great stellar clock precisely positioned in space, at the very point that had been destined for him since birth.

But the indisputable fact was that he used to have this feeling rather often, whereas now, for the last few years, it was so long, nice knowing you. Gone. Vanished. In fact, nowadays early mornings very often inspired a feeling of refusal in him, a sort of instinctive rejection of what awaited him once he was forced to accept the new day, even if there were no particular hassles awaiting him in the hours ahead. And the proof of this was the way he acted upon emerging from sleep.

(NB. typed in by me from an uncorrected proof and may not resemble the finished product.)
Posted by Karen (Euro Crime) at 3:01 pm