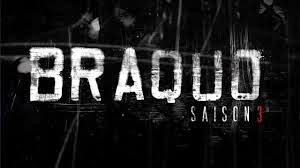 The series follows a team of Parisian cops who blur the lines of the law to get the job done.

Full of intense interrogations and grisly violence, this is certainly not for the faint-hearted!

Last season, the team were thrown into a world of danger as they went from being the hunters to the hunted.

Caught up in the crossfire of a gang war, they faced a long and arduous road to redemption.

Now Théo is lingering between life and death after the explosion of his car and Roxane, utterly crushed, watches over him night and day.

Meanwhile, Caplan and Morlighem pay a visit to Vogel’s place with vengeance on their minds.

Despite a desperate thirst for revenge and recognition alike, these rogue cops still have a job to do.