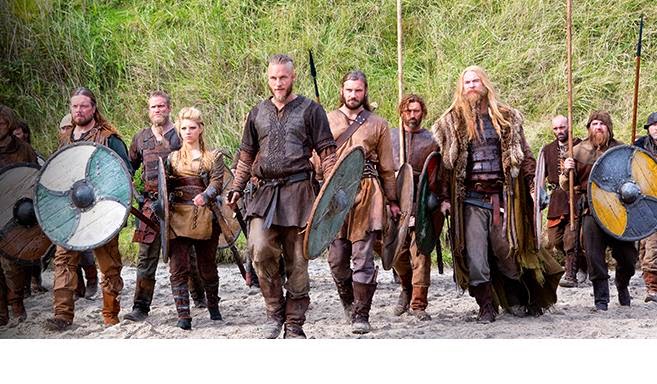 
VIKINGS will chart Ragnar Lothbrok's ambitions to discover civilisations across the great ocean to the west as well as his inevitable conflicts along the way, especially with Earl Haraldson (Gabriel Byrne). With the help of his jester friend Floki, (Gustaf Skarsgard, The Way Back), they build a new generation of boats -- faster, sleeker and more beautifully crafted than anything else on the sea.

The series will also delve into how the Vikings -- the last pagans -- worshipped ancient gods like Odin, Thor, Freya and Loki. Ragnar claims to be a direct descendant of the Norse god Odin, who, as well as being the god of warriors slain in battle, is also the god of curiosity.


Vikings has already been renewed for a second and third season.
Posted by Karen (Euro Crime) at 1:55 pm

Oh, I wonder whether this will be on History US, too.... Thanks, Karen.