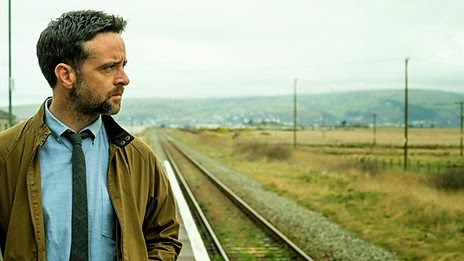 Over a year ago it was announced that Welsh crime series Hinterland would be shown on BBC Four and now there's a start date.


On his very first day in his new job in Aberystwyth, DCI Tom Mathias is called out to investigate a suspicious disappearance. In a quiet seaside bungalow he discovers a bathroom covered in blood but no sign of the owner. His investigation into the disappearance of 64-year-old Helen Jenkins leads him to the cascading waters of an ancient ravine at Devil's Bridge, and uncovers the cruel history of a long-closed children's home.