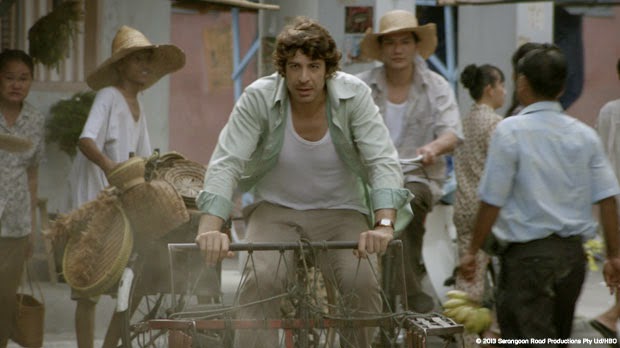 Serangoon Road, a ten-part noir crime drama is to air on Sony TV, beginning at 9pm on Wednesday 9 April. From the Sony TV website:

Exotic and tumultuous Singapore is a city at a crossroads. Political and racial tensions are at fever pitch as a new nation is about to be born. The Malayan Emergency is over, but British and Australian troops are still in the middle of an intense four year jungle war in neighbouring Borneo; and during this time, terrorists will set off more than 29 bombs in Singapore itself.

The drama picks up when the Cheng Detective Agency is hired by the CIA to investigate the murder of a US sailor. The agency enlists the services of enigmatic Australian Sam Callaghan to help investgate. But it soon becomes clear that his investigation could have major international implications.