News from the ITV press centre is that Sophie Hannah's The Point of Rescue (the third in the series featuring DC Simon Waterhouse and DS Charlie Zailer) is to be televised:

ITV today announced it has commissioned a new two-part drama, Point of Rescue (working title), based on the highly acclaimed and chilling psychological suspense novel from Sophie Hannah. 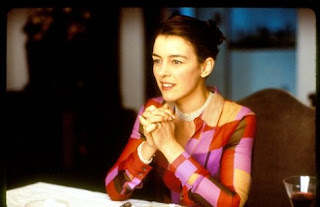 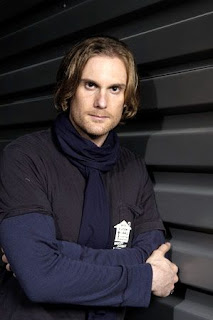 It's a story which explores themes of identity, guilt and family strife. The 2 x 60 min drama will be adapted for ITV by Hat Trick Productions.

When Geraldine Bretherick and her five-year-old daughter Lucy are found dead in the bathroom of their luxury home, the case divides new DS Charlie Zailer and her DC Simon Waterhouse. Is it murder, suicide or something even more sinister, and how watertight is the alibi of the husband Mark?

Meanwhile, when Sally Thorne, a working mother with a husband and two young children, hears of the deaths, she is shocked and appalled. Months before she'd met a man called Mark Bretherick at a hotel and had a brief but passionate affair with him. Now she feels the need to get in touch with him again to offer her sympathy. Her friend Esther does not think this is very wise.

Point of Rescue (working title) will film on location in Buckinghamshire in October.

The whole press release is here.
Posted by Karen (Euro Crime) at 2:55 pm

I am not sure about this. I found this novel quite muddled compared with her debut. But then, subsequent novels seemed more muddled than this one! Regardless, I can see why this appeals to TV execs as it ticks a lot of "crime fiction TV cliche" boxes. I envisage good production values and a bit of a laughable plot, as what can be quite suspenseful on paper is often a bit daft when visualised. (I don't watch much TV drama but it does seem to be somewhat homogenized so I don't suppose this one will be any different.)