Here are a few books I'm looking forward to in the New Year. I've updated my amazon list of Scandinavian Crime Fiction Published in 2011 and a fuller list of translated titles in 2011 can be found here.

Which titles are you most excited about? 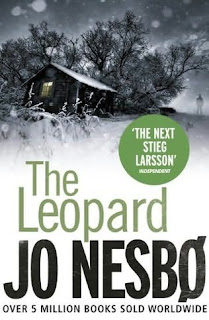 In the depths of winter, a killer stalks the city streets. His victims are two young women, both found with twenty-four inexplicable puncture wounds, both drowned in their own blood. The crime scenes offer no clues, the media is reaching fever pitch, and the police are running out of options. There is only one man who can help them, and he doesn’t want to be found. Deeply traumatised by The Snowman investigation, which threatened the lives of those he holds most dear, Inspector Harry Hole has lost himself in the squalor of Hong Kong’s opium dens. But with his father seriously ill in hospital, Harry reluctantly agrees to return to Oslo. He has no intention of working on the case, but his instinct takes over when a third victim is found brutally murdered in a city park. The victims appear completely unconnected to one another, but it’s not long before Harry makes a discovery: the women all spent the night in an isolated mountain hostel. And someone is picking off the guests one by one. A heart-stopping thriller from the bestselling author of the The Snowman, The Leopard is an international phenomenon that will grip you until the final page. 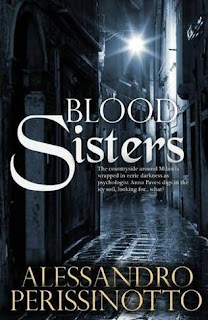 The countryside around Milan is wrapped in eerie darkness as psychologist Anna Pavesi digs in the icy soil, looking for...what? Just over a week earlier, Anna had been approached with a request to investigate a fatal road accident and a missing body. Anna is no detective, but she was short of money and agreed to take on the assignment, leading her into a labyrinth of false clues and wilful deception in which nothing is at is seems. As she digs deeper, Anna realises that even her own life may be in danger... 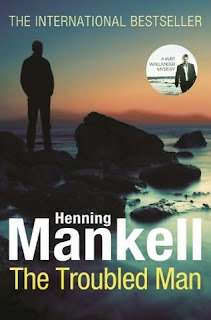 Håkan von Enke, a retired naval officer, disappears during a walk in a forest near Stockholm. Wallander is not officially involved in the investigation, but he is personally affected - von Enke is his daughter's father-in-law - and Wallander is soon interfering in matters that are not his responsibility. He is confounded by the information he uncovers, which hints at elaborate Cold War espionage.

Wallander is also haunted by his own past and desperate to live up to the hope that a new granddaughter represents, and will soon come face-to-face with his most intractable adversary - himself.

Suspenseful, darkly atmospheric, psychologically gripping, The Troubled Man is certain to be celebrated by readers and critics alike.

Fred Vargas - An Uncertain Place
Commissaire Adamsberg leaves Paris for a three-day conference in London. With him are a young sergeant, Estalère, and Commandant Danglard, who is terrified at the idea of travelling beneath the Channel. It is the break they all need, until a macabre and brutal case comes to the attention of their colleague Radstock from New Scotland Yard. Just outside the baroque and romantic old Highgate cemetery a pile of shoes is found. Not so strange in itself, but the shoes contain severed feet. As Scotland Yard's investigation begins, Adamsberg and his colleagues return home and are confronted with a massacre in a suburban home. Adamsberg and Danglard are drawn in to a trail of vampires and vampire-hunters that leads them all the way to Serbia, a place where the old certainties no longer apply.

Jan Costin Wagner - Winter of the Lions
Every year since the tragic death of his wife Detective Kimmo Joentaa has prepared for the isolation of Christmas with a glass of milk and a bottle of vodka to arm him against the harsh Finnish winter. However, this year events take an unexpected turn when a young prostitute turns up on his doorstep. Not long afterwards one of Kimmo’s colleagues, a forensic pathologist, is found murdered and Finland’s most famous talk-show host is brutally attacked. When it becomes clear that the pathologist had recently been a guest on the star’s show, Kimmo is called upon to use all his powers of intuition and instinct to solve the case. Meanwhile the killer is lying in wait, ready to strike again… In Kimmo Joentaa, prize-winning author Jan Costin Wagner has created a lonely hero in the Philip Marlowe mould, who uses his unusual gifts for psychological insight to delve deep inside the minds of the criminals he pursues.

Karin Fossum - The Caller
One mild summer evening Lily and her husband are enjoying a meal while their baby daughter sleeps peacefully in her pram beneath a maple tree. But when Lily steps outside she is paralysed with terror. The child is bathed in blood. Inspector Sejer is called to the hospital to meet the family. Mercifully, the baby is unharmed, but her parents are deeply shaken. Sejer spends the evening trying to comprehend why anyone would carry out such a sinister prank. Then, just before midnight, his doorbell rings. The corridor is empty, but the caller has left a small grey envelope on the mat. From his living room window, the inspector watches a figure slip across the car park and disappear into the darkness. Inside the envelope Sejer finds a postcard bearing a short message. Hell begins now.
Posted by Karen (Euro Crime) at 7:39 pm

Wow, what a selection! I am looking forward to all of these as well.

Karen - These all look delicious!! I really couldn't say which one I'm most excited about. I can say that my visit to your blog today has not been good for my TBR list, though!!!! ;-)

I look forward to read them all.

Well some of these will be later reads for me as I am playing catch up on the relevant series but the February selection looks really interesting and (as far as I know) there aren't a swag of previous books that I have to read first so that one looks like I'll be getting it straight away.

Oh indeed, I think I am looking forward to all of these! Thanks for the enticing list.

Omigod! This is a great list. It will be hard to wait, although I have much to catch up on.

Fred Vargas--I love her books and didn't know another one was coming out in English. Am thrilled.

This is like knowing there is a great bakery down the block, and smelling the aroma, but the doors won't open for several months.

very much looking to forward to see Vargas' take on English life and culture.

Always look forward to a new Nesbø. When are his first going to be translated?