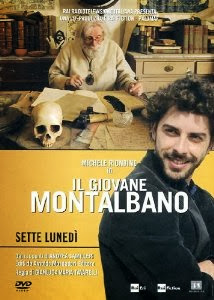 The final part of the six-episode run of Young Montalbano - Seven Mondays - is on Saturday 12 October at 9pm on BBC Four.

As Livia and Salvo prepare to go on their first holiday together, Vigata is shaken by the murder of a rich old man. Meanwhile, a series of strange occurrences takes place involving the shooting of a number of animals at the hands of an elusive gunman. With little evidence to go on, Montalbano and his team struggle to understand the logic behind the animal killings and fear that the worst may be yet to come.

The series is co-written by Andrea Camilleri and Francesco Bruni with the stories drawn from several short story collections.

According to Wikipedia a second series will begin shooting in late 2013.