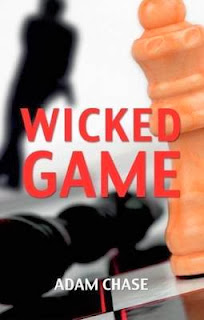 A new author to me, and the first book from this author*, this is a book about the underworld of professional assassins and general bad dealings. The book begins with the attempted murder of a microbiologist, Dr Mary Wilding by a man known as ‘Hex’ (real name: Joshua Thane). However, when Hex sneaks into her bedroom to kill her, he finds the deed has already been done, the hard drive he has been tasked with acquiring, is missing, and, horror of horrors, he bumps into Mary’s seventeen-year-old son Jake. Instead of killing him (as he should have done), he spares him and runs away. Now, his reputation is in tatters, there is a strong possibility that Jake will be able to identify him, and his paymaster will want to know what went wrong, and what Hex plans to do about it. Moreover, it seems that Mary Wilding’s research was highly secretive, morally suspect and highly dangerous, and of great interest to Mossad, the CIA and MI5.

Hex sets off on a quest to try to find out who really killed Mary and why, what happened to the hard drive, and why everyone is so keen to find it. He uses his wide range of nefarious contacts to try to get to the truth, but everyone seems to have something to hide. He forms an uneasy alliance with a female MI5 agent about halfway through the book, and they each use each other to uncover the truth, and prevent the release of the data on the missing hard drive. During Hex’s search, we gradually find out a bit about his sad past, and why he has turned into an assassin for hire, in an attempt to elicit some sympathy for the main character who seems to be turning from a hard boiled efficient assassin into a somewhat decent sort of man after all.

It all ends in the sort of high impact showdown one might expect from this type of book, and I’m sure the book could easily be turned into an action movie, with a chisel jawed lead actor, and a pretty but tough female sidekick. Written reasonably efficiently, not too emotionally draining, this is a good action yarn, somewhat reminiscent of  Matt Hilton's Joe Hunter books in some ways. The main character Hex is a bit two-dimensional, but perhaps with further outings may become a bit more interesting as the character is fleshed out. The plot is fairly logical, but mainly consists of the major players being eliminated one by one, until the true culprits are the only ones left. Hex seems a bit slow to pick up on some very obvious clues. But overall, a promising first outing.

*Update: It has now been revealed that Adam Chase is author E V Seymour.
Posted by Karen (Euro Crime) at 9:00 am