The Year of Translated TV Dramas

The announcements have been coming thick and fast over the last few days regarding new to the UK dramas from mainland Europe. Borgen has finished but is due to return at the end of the year and a third series is in production. Borgen's immediate replacement on BBC4 is Montalbano, with the first of ten episodes, The Snack Thief, beginning next Saturday. The second episode is the previously shown Montalbano's Croquettes.


Borrowing this convenient summary from the Radio Times, here's some of what's in store for 2012 :

Those Who Kill - ITV3, in the coming weeks

But where The Killing follows a single murder investigation throughout a series, Those Who Kill (or Den som Draeber as they say in Denmark) focuses on the psychology of multiple serial killers, and has been compared to shows such as Criminal Minds and Wire in the Blood.

Based on the books by bestselling crime author Elsebeth Egholm*, the first series of Those Who Kill drew a record audience share when it aired on Danish channel TV2.

*Hopefully this will see a UK release of the original novels... 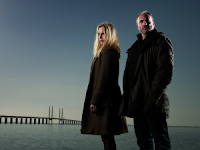 Danish and Swedish cops Martin Rohde (Kim Bodnia) and Saga Norén (Sofia Helin) must work together after a grizzly discovery on the Oresund Bridge, which links the two countries.

What's at first thought to be a single body turns out to consist of two different victims, one a Swedish politician, the other a Danish prostitute.

Rolf Lassgård – known to many as the original, Swedish Wallander – stars as another troubled detective, Sebastian Bergman, politically incorrect, abrasive and still battling grief over the loss of both his wife and daughter in the Thailand tsunami.

Two 90 minute dramas focus on the murder of a 15-year-old boy, and a copycat serial perpetrator who appears to be basing his crimes on those of a killer Bergman himself put behind bars."

And today, it's been announced in the Guardian that the Norwegian series, Lilyhammer is on its way to BBC4. 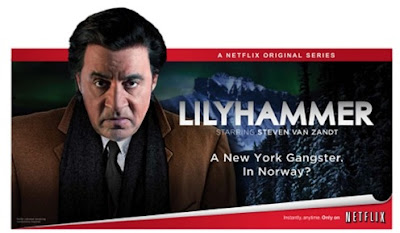 Lilyhammer, a Norwegian comic drama starring The Sopranos' Steven Van Zandt, is the latest Scandinavian import to be bought by BBC4, currently on a high after critical acclaim and healthy audiences for a string of Danish and Swedish series.

Van Zandt, who played Silvio Dante in the US drama, stars as a New York mobster who enters the witness protection programme and starts up a new life in Lillehammer, the sleepy Norwegian town he fell in love with while watching the 1994 Olympic Games.

"Lilyhammer mixes sharp wit and American big city ways with the beauty of the Norwegian mountains and folksy nature of a small town – a perfect combination for a razor-sharp drama about cultural mores," said Richard Klein, controller of BBC4.

And hopefully The Killing 3 will be on our screens at the end of the year. 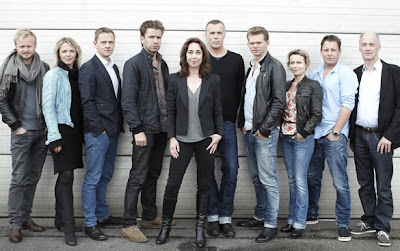 I've been envious for such a long time about the great quality of tv drama in the UK. We don't seem to have that here for some reason, with the exception of The Killing. Anyway, after seeing all of the drama series that are out on dvd, I am buying a dvd player that will play European dvds. I'm tired of missing out!