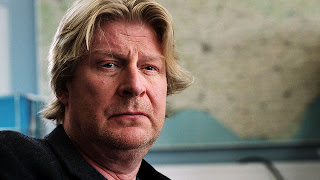 Detective Wallander is haunted by the spectre of a murder he was unable to prevent as a young policeman. Years after the event the daughter of the murder victim, now a heroin addict, dies of an overdose.

A distressed Wallander is assigned to investigate the crash of a light airplane and a detonated armour piercing shell is found in the wreckage. A few days later, two elderly sisters are killed in an explosion in a sewing supplies shop. Traces of an advanced explosive are found in the burnt-out shop and evidence soon mounts to indicate that both events are tied to a showdown between two rival narcotics gangs.