Here are a few novels coming out in the next few months set in Africa:

I've been lucky enough to receive today a review copy of Malla Nunn's A Beautiful Place to Die, which is to be published in the UK in March and of which I've heard great things. 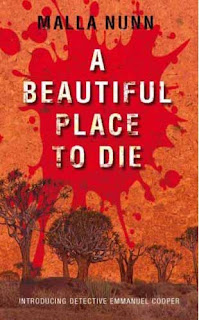 When an Afrikaans police captain is murdered in a small South African country town, Detective Emmanuel Cooper must navigate his way through the labyrinthine racial and social divisions that split the community. And as the National Party introduces the laws to support the system of apartheid, Emmanuel struggles - much like Martin Cruz Smith's Arkady Renko - to remain a good man in the face of astonishing power. In a considered but very commercial novel, Malla Nunn combines a compelling plot with a thoughtful and complex portrayal of a fascinating period of history, illustrating the human desires that drive us all, regardless of race, colour or creed. "A Beautiful Place To Die" is the first of a planned series of novels featuring Detective Emmanuel Cooper.

Also in March, is the publication of the latest in the Mma Ramotswe series by Alexander McCall Smith, Tea Time for the Traditionally Built.

It is a troublesome fact on which even Mma Ramotswe and her assistant Mma Makutsi agree: there are things that men know and ladies do not, and vice versa. It is unfortunate, for example, when Mma Ramotswe's newest client is the big-shot owner of the ailing Kalahari Swoopers, that one thing lady detectives know very little about is football. And when the glamorous Violet Sephotho sets her sights on Mma Makutsi's unsuspecting fiance, it becomes exasperatingly clear that some men do not know how to recognise a ruthless Jezebel even when she is bouncing up and down on the best bed in the Double Comfort Furniture Shop. In her attempt to foster understanding between the sexes and find the traitor on Mr Football's team, Mma Ramotswe ventures into new territory, drinks tea in unfamiliar kitchens and learns to trust in the observational powers of small boys. And, as wise and warm-hearted as his heroine, Alexander McCall Smith reminds us that we must dig deep to uncover the goodness of the human heart. 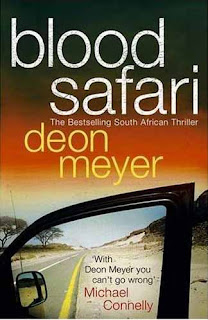 Lemmer is a freelance bodyguard for Body Armor, a personal security company in South Africa. Lean, angry, violent, he is way down on the price list where the bargains are to be found.

Emma le Roux wants to find her missing brother, who supposedly died twenty years ago, but whom she is convinced she's seen on the news as a suspect in the recent killing of a witch doctor and four poachers. She hires Lemmer to watch her back when she goes looking for answers.

As le Roux and Lemmer look for clues in the Lowveld, it becomes clear someone wants to keep them in the dark. Someone who will go to any lengths to stop them asking questions. When they are attacked and almost killed, Lemmer decides to go after whoever is hunting them – against all odds.

and June will see the follow up to Michael Stanley's A Carrion Death - the UK title is A Deadly Trade and the US title is The Second Death of Goodluck Tinubu. 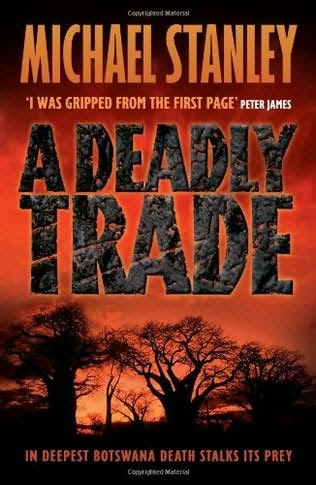 Synopsis: Detective Kubu faces his most disturbing investigation yet when he finds himself caught up in a case of betrayal and mistaken identity on the outskirts of northern Botswana. Goodluck Tinubu, an ex-Zimbabwean who has taught in Botswana for many years, is viciously murdered at the Jackalberry bush camp, situated on an isolated peninsula in northern Botswana. Peter Sithole, a guest at the camp, is found bludgeoned to death a few hours later. Detective 'Kubu' Bengu is sent from Botswana's capital, Gaborone, to assist the local CID in this puzzling investigation. Meanwhile, another guest at the camp – Ishmael Zondo - leaves the camp suddenly the next morning and disappears without a trace. The Zimbabwe police are unable to trace him. And, as fingerprints are matched, records reveal that Tinubu was killed in the Rhodesian civil war thirty years earlier...

Thanks Karen. After reading, and loving, an earlier Deon Meyer book in December I'm keen to read more African crime fiction. I have the Malla Nunn book in the TBR pile and I think I will try to locate a Michael Stanley as well.

Thanks so much for this entry on upcoming African crime novels. I had scheduled an African Mysteries issue for Mystery Readers Journal in 2009, but delayed it for lack of enough material. Michael Stanley (the Stan Trollip part of the team)wrote a fabulous article for this issue. Now with all these new African mysteries coming out, I think we may be able to do the issue in 2010.

There's also Roger Smith's MIXED BLOOD, which is set in Cape Town and - dare I say it - my own FREE AGENT, which is a spy thriller set in Nigeria during the Biafran War. :)

I highly recommend A Beautiful Place to Die. The story is well written, the plot great and the historical insights into apartheid excellent.
I am looking forward to Nunn's next book.

Deon Meyer is fantastic, I think.