Ashes to Ashes series 2 - the lowdown

Digital Spy has an interview with Ashes to Ashes producer Beth Willis which begins: 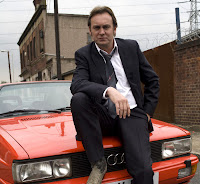 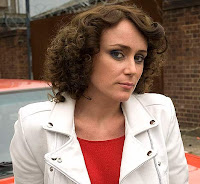 The storyline with Alex and her parents found its resolution at the end of the last series. Is there a new mystery to see us through this series?

"Yes there is. Alex had a lot of certainty last time: as soon as she landed in 1981 she knew she was there for a reason , which was to see her parents. At the end of the series, she realised that that wasn't why she was there. It wasn't about saving [her parents] or stopping what happened because as far as she's aware, you can't change things in this world. It was actually about learning something about herself. In series two she starts off with a lot more uncertainty. It's been about six or seven months since we left her - it's now 1982 - and nothing's happened for a long time. But in episode one she gets news which alters her view of what's going on in 2008 and what's happened to her. And she also gets some news in 1982 which makes her think this world is not as straightforward as she thought it was!"