Finding Nouf in The Night of the Mi'raj

This is a 'title change' alert for Zoe Ferraris' The Night of the Mi'raj, published in the UK in March and recently shortlisted for the 'New Blood' Dagger. In just a few days the same book but titled Finding Nouf will be available to buy in the US. I haven't yet read it (or even own a copy!) but it's been on my wish-list for a while. 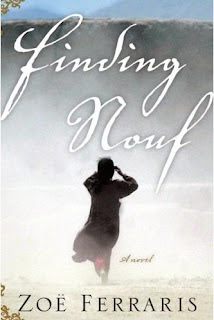 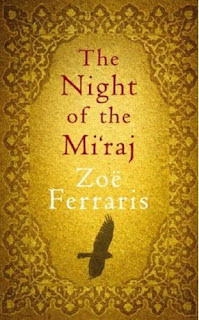 Synopsis from amazon.co.uk: Among the well-to-do families of Jeddah, Palestinian-born desert guide Nayir is an outsider. But when Nouf ash-Shrawi, the sixteen-year-old daughter of a wealthy Saudi dynasty, disappears just before her arranged marriage, Nayir is the man the Shrawis trust to bring her home. Days later Nouf's body is found in a desert wadi, but Nayir's task is not over; he feels compelled to uncover the disturbing circumstances surrounding her death. His search takes him far from his natural terrain, away from the endless dunes and empty skies of the desert and into the city of Jeddah, with its oppressive monuments, foreigners' compounds and shuttered apartments. Most troubling of all, his investigations force him to work closely with Katya Hijazi, a forensic scientist. He finds himself struggling with emotions he has fought all his life to repress and with loyalties he has never before questioned: to old friends, to his faith, and to a culture in which women take their secrets to their graves. Vivid and suspenseful, The Night of the Mi'raj is an extraordinary psychological drama and a mesmerising portrait of a society at once exquisitely cultured and profoundly claustrophobic.

The author's bio explains the setting:

ZOË FERRARIS moved to Saudi Arabia in the aftermath of the first Gulf War to live with her then-husband and his extended family, a group of Saudi-Palestinian Bedouins who had never welcomed an American into their lives before. She first conceived the idea for Finding Nouf at a jacket bazaar in Jeddah, where her ex-husband bought a “Columbo” coat and proposed setting off to solve mysteries—though to Zoë the only mystery at the time was why they were at a jacket bazaar in the hottest country in the world. She has an M.F.A. from Columbia University and received first prize for mystery fiction at the Santa Barbara Writers’ Conference in 2003. She currently lives in San Francisco with her teenage daughter. Finding Nouf is Ferraris's first novel. Translation rights have so far sold in thirteen countries.

An extract is published on the amazon.com product page.
Posted by Karen (Euro Crime) at 7:02 pm

Labels: Finding Nouf, The Night of the Mi'raj, Zoe Ferraris

curious coincidence - guess which book I picked up from the library today :) am looking forward to seeing saudi from a female insider perspective