Copycat Covers - of a sort

Not quite identical but thematically similar, both are published by Harvill Secker: 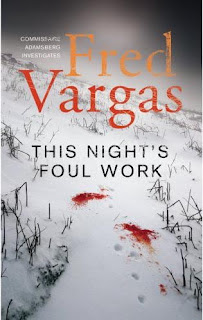 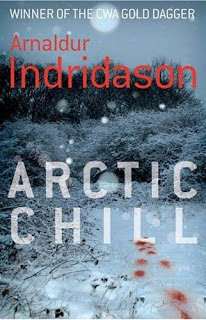 This Night's Foul Work was released in February and is reviewed here.

Arctic Chill will be out in October. The blurb from Amazon is as follows:
On an icy January day the Reykjavik police are called out to a block of flats where a body has been found in the garden: a young, dark-skinned boy, frozen to the ground in a pool of his own blood. The discovery of a stab wound in his stomach puts paid to any hope that this was a tragic accident. Erlendur and his team embark on their investigation with little to go on but the news that the boy's Thai half-brother is missing. Is he implicated, or simply afraid for his own life? The investigation soon unearths tensions simmering beneath the surface of Iceland's outwardly liberal, multicultural society. A teacher at the boy's school makes no secret of his anti-immigration stance; incidents are reported between Icelandic pupils and the disaffected children of incomers; and, to confuse matters further, a suspected paedophile has been spotted in the area. Meanwhile, the boy's murder forces Erlendur to confront the tragedy in his own past. Soon, facts are emerging from the snow-filled darkness that are more chilling even than the Arctic night.
Posted by Karen (Euro Crime) at 10:25 am

See what you mean, but isn't it great that the new Arnaldur Indridason is now scheduled? That is one book I'm going to read whatever the blurb says. I wonder if the author has found a new translator yet, to replace the superb Bernard Scudder?

I also would not miss the new Indridason.
I feel a bit sorry for the new translator he or she has to match the high standards set by Bernard Scudder. You never felt you were reading a translated novel everything was so natural.