The Janissary Tree wins an Edgar 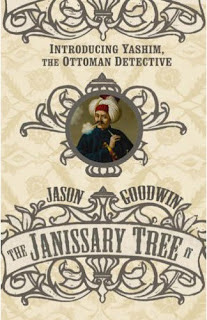 Congratulations to Jason Goodwin for his Edgar win for 'Best Novel'. The full list of nominees and awards can be found here.

The sequel to 'The Janissary Tree', 'The Snake Stone', will be in the US in June and the UK in July.

'The Janissary Tree' was one of three recent historical crime novels published by Faber. See my earlier post.

You can find out more about the award winning series at www.jasongoodwin.net.
The third book, The Bellini Card, will be out this summer, visit its blog HERE.