In 2011 Profusion initiates a brand new publishing venture featuring a series of Romanian crime fiction, along with a shocking true crime story. These books are different. They are thrilling, and they also illuminate the reality of a secret Romania, once behind the Iron Curtain, now a vital European partner.

Behind the tumult of the new, lies a past of intrigue, terror and pitch black comedy. The Profusion Crime Series outlines the map and blazes a trail through this hidden history.

1. Kill the General by Bogdan Hrib, tr. Ramona Mitrica, Mike Phillips, and Mihai Risnoveanu was published last week in paperback and on Kindle (quite cheaply for 1 month): 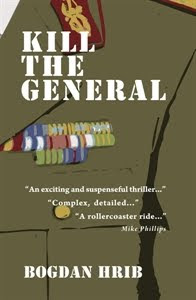 Bogdan Hrib's KILL THE GENERAL is an explosive thriller - and not just because it talks about Chernobyl and a bloody revolution.

“Stelian Munteanu, lover, killer and Bucharest boy, is a hero who tells us more than we ever imagined about our times. Stelian, a book editor with a sideline in international police work, has to kill a man, a general whose book he’s just published. Will he pull the trigger? Kill the General is an exciting and suspenseful thriller. It is also a complex and detailed character study of an individual - a roller coaster ride through the transitions which have taken place over the last decades in Romanian history.” (Mike Phillips)

“It’s early. The city is sleeping. I cannot pull the trigger. The time is flying. If I don’t make a decision now... I have no guarantee that the general will still be here the following night. I should get this job done and get the hell out of here!”

2. Attack in the Library by George Arion, tr. Ramona Mitrica, Mike Phillips, and Mihai Risnoveanu was published on 15 November and is also currently available at a reduced price on Kindle. 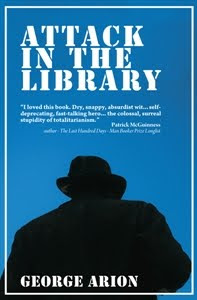 “GEORGE ARION's Attack in the Library is one of the classic narratives of Romanian popular fiction. Written during the dictatorship of the 1980s, it weaves a gripping narrative out of the bars, the housing estates and restaurants of Bucharest. Arion's characters queue for food, cope with power blackouts, sweat in the heat and struggle with the privileges and influence of the elites.“ (Mike Phillips)

“Exactly in the chapter indicated by the voice, there were fifty 100-lei banknotes. I felt the embrace of sheer panic. Right then the telephone rang again: ‘Mladin! Have you found the money?’ All I heard after that was the sound of the phone hanging up.” 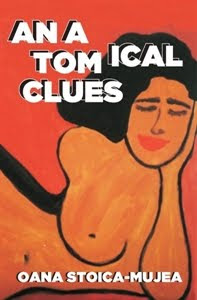 “Iolanda Stireanu is a brilliant criminal investigator. She is also crippled by mental instability and the fact that she can’t leave her flat.

Anatomical Clues is a gripping, grotesque exploration of damaged psychologies - a tale, which, like Iolanda, will creep into your head and stay there.” (Mike Phillips)

“The eyes had been plucked and laid carefully on the living room table, in between two withered roses. Everything was in perfect order, and it was just these eyes which didn’t fit with the rest of the picture. On the other hand, they were not strikingly out of place. There was, however, no sign of the body to which they must have belonged.”
Posted by Karen (Euro Crime) at 6:56 pm

Interesting that the covers also are so different.

I am always on the lookout for new faces in international crime fiction, and these authors seem like they would be worth checking out. The Romanians lived under a brutal dictatorship for so long; it must still affect their worldview.