The Return of Harry Hole 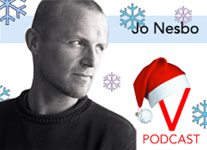 The Vintage podcast, for Day 1 of Advent has a short extract from Jo Nesbo's Phantom, read by the author, and which is to be published in March. It describes the return of someone who has been away for 3 years in a warmer climate and who sees how how Oslo is different and yet the same. From the publisher's blurb below I assume the man is Harry Hole... 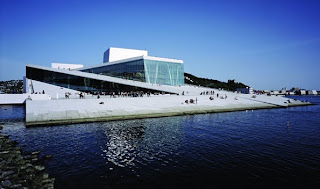 Summer. A boy, Gusto, is lying on the floor of an Oslo apartment. He is bleeding and will soon die. He is trying to make sense of what has happened. In order to place his life and death in some kind of context he begins to tell his story. Outside, the church bells chime.

Autumn. Former Police Detective Harry Hole returns to Oslo after three years abroad. He seeks out his former boss at Police Headquarters to request permission to investigate a homicide. But the case is already closed; a young junkie, Gusto, was in all likelihood shot by a pal in a conflict over drugs. Harry is granted permission to visit the accused boy in prison. There, he meets himself and his own history. It’s the start of a solitary investigation of the most impossible case in Harry Hole’s life. And while Harry is searching, Gusto continues his story.

A man walks the dark streets of night-time Oslo. The streets are his and he has always been there. He is a phantom.