Today's instalment of favourite discoveries of 2011 comes from Geoff Jones who chooses an American/Irish author who made quite a splash with her debut in 2007 and it went on to win the Mystery Writers of America's Edgar Award for Best First Novel. 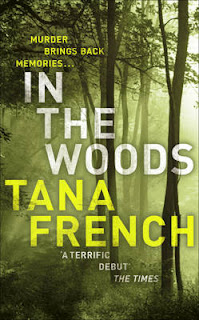 In 2011 I discovered this exciting writer. Her first novel In the Woods made its debut in 2007 to apparently much acclaim (I must have been preoccupied with something else!). She followed this up a year later with the equally well received The Likeness. Her third book, published in 2010, is the one that made me notice this great talent – Faithful Place.

Born in the USA but of Irish parentage, she has lived in Ireland and Italy as well as America. She now lives in Dublin and is married with a daughter. She writes very well about Ireland which is a place I don't know but she describes it so well I feel as if I’ve been there. Her characters are very believable and she has a unique method that a minor character in one book becomes the lead in a subsequent one – very clever. 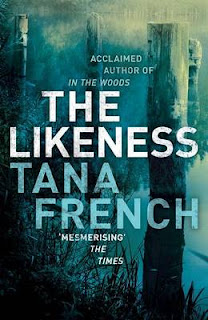 If I had been asked several years ago who my favourite authors were, very few women would have figured in the top 10. Not sure why – I suppose I felt that only men could write grisly murder mysteries? How wrong could I be!! Today Lynda La Plante, Karen Campbell, Denise Mina and Val McDermid feature prominently. I can now add Tana French to the growing list. 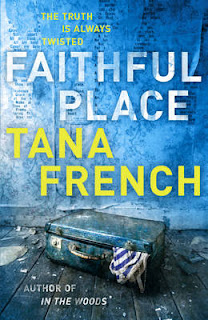 Geoff's reviews can be read here.
Posted by Karen (Euro Crime) at 10:00 am

I continue to say I need to try these, they sound so good.