As is customary here at Euro Crime towers I have asked my fellow reviewers to come up with their top 5 reads of 2011 - these will be collated and announced in January. As a bonus question, I asked them what their favourite crime fiction discovery of 2011 - be it book, film or tv series - has been. Mark Bailey kicks us off with his choice, one which I have also read thanks to Europa Editions which published these 2006-2008. 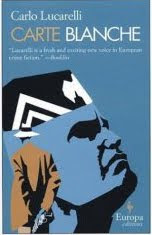 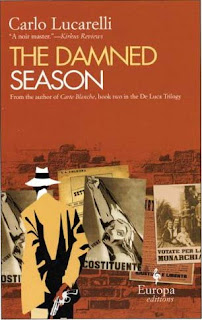 Absolutely the best thing that I have read this year is Carlo Lucarelli's De Luca trilogy (Carte Blanche (Carta Bianca), The Damned Season (L'estate Torbida) and Via delle Oche ) – small delicately shaped morsels (the longest is 160 pages and all three together are shorter than your typical doorstop novel). 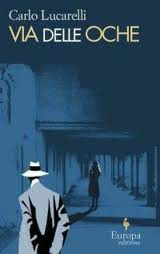 In the last days and aftermath of World War II Italy, the world of Commissario de Luca, a fundamentally good man driven by a desire for justice who is (and has been) forced by circumstance to work for people with evil in the hearts is, to my mind, one of the great creations of modern crime fiction. I have the award winning TV movie adaptions on my to-be-watched list for Christmas and can’t wait. 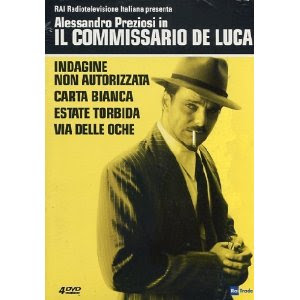 Reviews of the first two parts of the trilogy can be found on the Euro Crime website's bibliography page.

You can read Mark's reviews for Euro Crime here by searching for his name.

A link to the DVD on amazon for more information.
Posted by Karen (Euro Crime) at 12:55 pm

Great choice. It reminds me that I've only read the first of this trilogy, so must catch up and read the rest. As Mark notes, it makes a change from the doorstops more common nowadays!