From the director of Pour Elle (Anything For Her), comes Point Blank which has its UK release on 10 June. 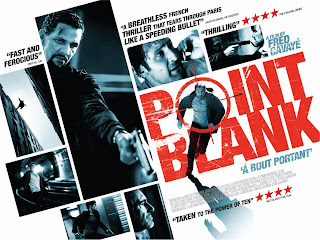 Everything is going well for Samuel and Nadia, his beautiful wife. He is studying to become a registered nurse and she is expecting their first child. But everything changes when Nadia is kidnapped right in front of Samuel, who is knocked out cold, trying to stop the kidnapper. When he comes to, his phone is ringing; he has just three hours to get Startet, a man who is under police surveillance, out of the hospital. Samuel’s destiny, now lays in the hands of Startet, a man who is not only wanted by the police! If Samuel wants to see his wife again, he has to act fast.