It's finally here. The DVD of Jar City, based on Arnaldur Indridason's book of the same (translated English) name, was released yesterday. It's out of stock at amazon.co.uk but they have a good price of £10.98. 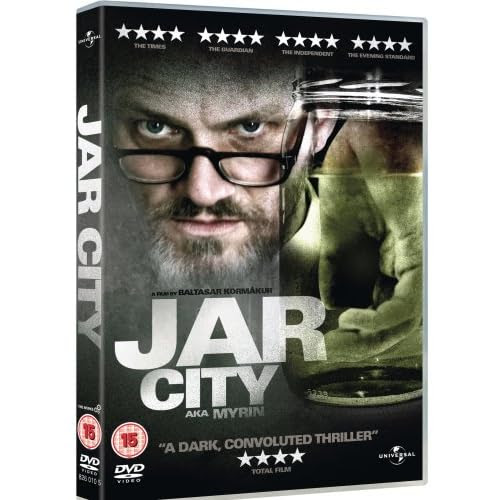 DVD blurb: It looks like nothing ever happens in Iceland and when a seemingly innocuous old man is brutally killed, the news is in someway amplified. Detective Erlendur Sveisson, fifty and living a life plagued by various forms of addiction, is appointed the apparently incomprehensible case. During his investigations of the murder, Erlendur discovers that the victim was anything but an innocent pensioner, his past filled with rape and violence. These findings lead Erlendur to connect the assassination to other unsolved homicides, revealing an unsettling and gory picture that spreads virtually over the entire country. An austere yet powerful and gripping detective story, Jar City has been very well received by demanding American audiences. Perfectly crafted as a suspense-generating machine, what really makes Jar City a unique film in its genre is the effective balance between its vivid and somewhat physical images, and its cerebral, nearly philosophical narrative mood.