A few years ago Peter Steiner's A French Country Murder was published with a cozy, Peter Mayle type cover. To coincide with the July (US) release of the follow-up L'Assassin, the first book has been given a matching cover and a new title for its paperback edition: Le Crime. 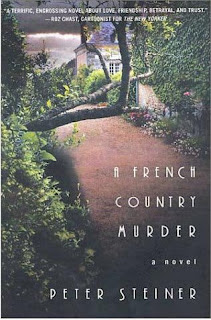 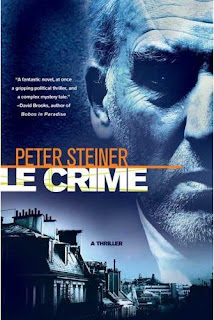 Synopsis: Former State Department expert Louis Morgon finds a murdered body on the doorstep of his charming little house in France, and he and the local gendarme team up to solve the murder. 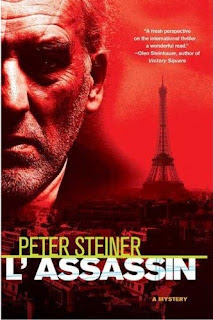 Synopsis: From the critically acclaimed author of Le Crime, published in hardcover as A French Country Murder, comes this electrifying sequel featuring former CIA operative Louis Morgon and his partner-in-crime-solving, Jean Renard, the gendarme of their small French village.

Louis Morgon is living a quiet life of good food, good wine, and good friends. When his house is burglarized, he thinks nothing of it. But the burglar and the motive for the burglary are not as simple as they seem. And the consequences of the seemingly trivial break-in will lead Louis and his loved ones to the end of the earth---and quite possibly to the end of their lives.

The UK release date is September, when I hope to give one of them a try.
Posted by Karen (Euro Crime) at 7:12 pm