I did a short post last year about Golden Age crime writers and/or their characters living on and in 2017 a more specific post about Agatha Christie featuring in crime novels, however it's time to revisit this theme and we have not one but three recent/upcoming books which include her (or her homes), all from US authors/publishers.

Have you read any of these or plan to?

Here are the covers and blurbs taken from amazon: 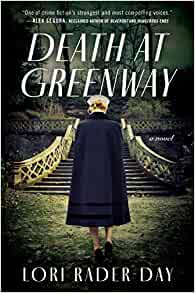 Bridey Kelly has come to Greenway House--the beloved holiday home of Agatha Christie--in disgrace. A terrible mistake at St. Prisca's Hospital in London has led to her dismissal as a nurse trainee, and her only chance for redemption is a position in the countryside caring for children evacuated to safety from the Blitz.

Greenway is a beautiful home full of riddles: wondrous curios not to be touched, restrictions on rooms not to be entered, and a generous library, filled with books about murder. The biggest mystery might be the other nurse, Gigi, who is like no one Bridey has ever met. Chasing ten young children through the winding paths of the estate grounds might have soothed Bridey's anxieties and grief--if Greenway were not situated so near the English Channel and the rising aggressions of the war.

When a body washes ashore near the estate, Bridey is horrified to realize this is not a victim of war, but of a brutal killing. As the local villagers look among themselves, Bridey and Gigi discover they each harbor dangerous secrets about what has led them to Greenway. With a mystery writer's home as their unsettling backdrop, the young women must unravel the truth before their safe haven becomes a place of death . . . 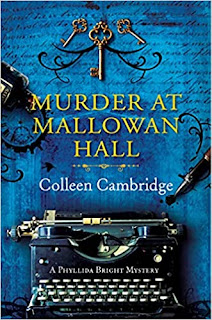 Tucked away among Devon's rolling green hills, Mallowan Hall combines the best of English tradition with the modern conveniences of 1930. Housekeeper Phyllida Bright, as efficient as she is personable, manages the large household with an iron fist in her very elegant glove. In one respect, however, Mallowan Hall stands far apart from other picturesque country houses...

The manor is home to archaeologist Max Mallowan and his famous wife, Agatha Christie. Phyllida is both loyal to and protective of the crime writer, who is as much friend as employer. An aficionado of detective fiction, Phyllida has yet to find a gentleman in real life half as fascinating as Mrs. Agatha's Belgian hero, Hercule Poirot. But though accustomed to murder and its methods as frequent topics of conversation, Phyllida is unprepared for the sight of a very real, very dead body on the library floor...

A former Army nurse, Phyllida reacts with practical common sense--and a great deal of curiosity. It soon becomes clear that the victim arrived at Mallowan Hall under false pretenses during a weekend party. Now, Phyllida not only has a houseful of demanding guests on her hands--along with a distracted, anxious staff--but hordes of reporters camping outside. When another dead body is discovered--this time, one of her housemaids--Phyllida decides to follow in M. Poirot's footsteps to determine which of the Mallowans' guests is the killer. With help from the village's handsome physician, Dr. Bhatt, Mr. Dobble, the butler, along with other household staff, Phyllida assembles the clues. Yet, she is all too aware that the killer must still be close at hand and poised to strike again. And only Phyllida's wits will prevent her own story from coming to an abrupt end... 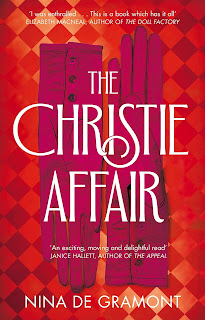 The Christie Affair by Nina De Gramont
In 1926, Agatha Christie disappeared for 11 days. Only I know the truth of her disappearance.I’m no Hercule Poirot.I’m her husband’s mistress.Agatha Christie’s world is one of glamorous society parties, country house weekends, and growing literary fame.Nan O’Dea’s world is something very different. Her attempts to escape a tough London upbringing during the Great War led to a life in Ireland marred by a hidden tragedy.After fighting her way back to England, she’s set her sights on Agatha. Because Agatha Christie has something Nan wants. And it’s not just her husband.Despite their differences, the two women will become the most unlikely of allies. And during the mysterious eleven days that Agatha goes missing, they will unravel a dark secret that only Nan holds the key to . . .