Welcome to the second stop on the book tour for The Commandments by Óskar Guðmundsson translated by Quentin Bates. The first stop was at the Nordic Lighthouse.
I am very pleased to be able to share this intriguing extract from The Commandments, courtesy of Corylus Books. The Commandments is a standalone novel, first published in Iceland in 2019 and is the first of Óskar's books to be published in English. 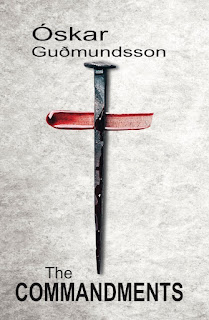 Former police officer Salka Steinsdóttir finds herself pitched into the toughest investigation of her life, just as she is back in the tranquil north of Iceland to recover from a personal trauma.

The victim is someone she had pursued earlier in her career – and had never been able to pin down. Now a killer has taken the law into their own hands and meted out brutal retribution for ancient crimes. Salka is faced with tracking down the murderer of a stalwart of the church and the community, a man whose dark reputation stretches deep into the past, and even into the police team tasked with solving the case.

As the killer prepares to strike again, Salka and her team search for the band of old friends who could be either killers or victims – or both.

A bestseller in Iceland, The Commandments asks many challenging questions as it takes on highly emotive and controversial issues.

Extract:
‘He’s been here in the house. The man who murdered Hróbjartur and Helgi. He heard you come in, made a break for it and went this way through the bushes.’Salka looked to one side when there was no response and realised that the police officer hadn’t followed her. She could see him talking to a colleague in the living room.

She stood up, shone the beam of the torch between the branches, and squeezed through into the next garden. The light of the torch showed faint but definite tracks leading to the back of the next house. She followed them as far as the sun deck behind the house. She stopped and switched the torch off as she noticed a movement behind the living room window. The house’s occupant sat at the living room table and opened a laptop. The reflections on the inside of the windows meant that he had probably noticed nothing.

Salka saw barely discernible prints on the decking left by feet that had been through wet grass. They tracked at an angle across the deck towards the corner of the house. Salka cautiously followed them. She peered around the corner of the building and looked into the gap between the house and the garage. There was a small window on this side of the house and a dim light found its way into the gap, but not enough to illuminate the complete darkness at the far end.

She felt for the torch switch, knowing she was taking a risk turning it on. When she pressed the button, nothing happened. She slapped it hard against her palm and a narrow beam appeared. The first thing she saw was the wood wall that closed off the gap between the house and the garage. The light went off. She banged it against the flat of her hand, but nothing happened.

The next thing she saw was the man who rushed at her from the darkness. He grabbed her by the neck, and threw her to the ​ground. 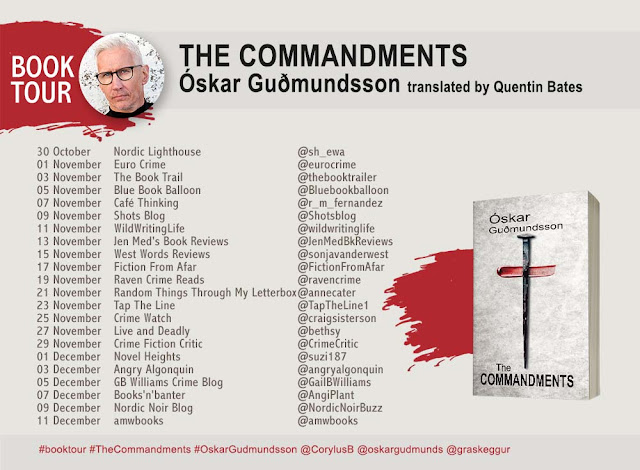 The book sounds fascinating and I am always glad to find a new (to me) author.