I've recently received a couple of proofs of books featuring either Agatha Christie or one of her plots: 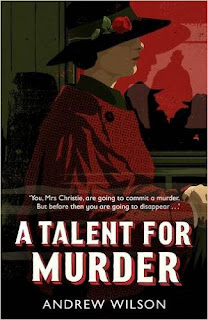 Andrew Wilson's A Talent for Murder is published by Simon and Schuster on 18 May 2017 and features the lady herself.
Official blurb:

I wouldn't scream if I were you. Unless you want the whole world to learn about your husband and his mistress.’

Agatha Christie, in London to visit her literary agent, boards a train, preoccupied and flustered in the knowledge that her husband Archie is having an affair. She feels a light touch on her back, causing her to lose her balance, then a sense of someone pulling her to safety from the rush of the incoming train. So begins a terrifying sequence of events. Her rescuer is no guardian angel; rather, he is a blackmailer of the most insidious, manipulative kind. Agatha must use every ounce of her cleverness and resourcefulness to thwart an adversary determined to exploit her genius for murder to kill on his behalf. 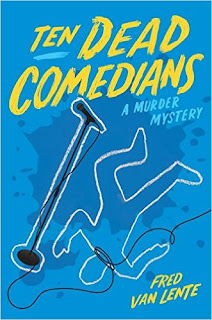 Fred Van Lente s brilliant debut is both an homage to the Golden Age of Mystery and a thoroughly contemporary show-business satire. As the story opens, nine comedians of various acclaim are summoned to the island retreat of legendary Hollywood funnyman Dustin Walker. The group includes a former late-night TV host, a washed-up improv instructor, a ridiculously wealthy blue collar comic, and a past-her-prime Vegas icon. All nine arrive via boat to find that every building on the island is completely deserted. Marooned without cell phone service or wifi signals, they soon find themselves being murdered one by one. But who is doing the killing, and why?

A darkly clever take on Agatha Christie s And Then There Were None and other classics of the genre, Ten Dead Comedians is a marvel of literary ventriloquism, with hilarious comic monologues in the voice of every suspect. It s also an ingeniously plotted puzzler with a twist you ll never see coming!"


In addition, Agatha Christie stars as the sleuth in Alison Joseph's series which began with Murder Will Out (in 2015), followed by (so far) Hidden Sins and Death in Disguise. 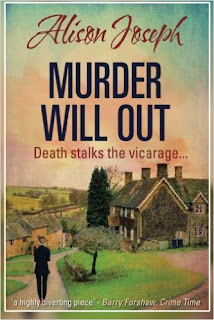 1923. The Great War is over, but the ghosts of the dead still linger. Agatha Christie was one of the lucky ones - her husband returned from the conflict - and for her, and her local neighbours, life has resumed. Agatha is beginning to gain some notoriety for her crime writing and she is busy working on her latest novel. But then her neighbour tells her there has been a real ‘murder at the vicarage’ - a young man, Cecil Coates, has been poisoned, and due to Christie’s expertise in the crime genre, the neighbourhood wants her to investigate. At first Agatha is reluctant to get involved. After all, she is a writer, not a detective. But then Robert Sayer, godson of her neighbour, and one of the main suspects in the case, appeals to her directly for help, and she finds herself being drawn in… What secrets and lies are lying beneath the village’s tranquil exterior? Can Agatha Christie use her imagination to draw the murderer out? ‘Murder Will Out’ is the first in a new series of murder mysteries, in which famous authoress Agatha Christie takes time out from writing to investigate real crime.

Agatha plays a small but important role in Miss Christie Regrets by Guy Fraser-Sampson which was published 12 January 2017 by Urbane Publications: 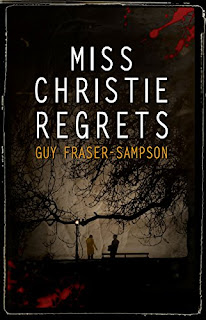 Official Blurb: he second in the Hampstead Murders series opens with a sudden death at an iconic local venue, which some of the team believe may be connected with an unsolved murder featuring Cold War betrayals worthy of George Smiley. It soon emerges that none other than Agatha Christie herself may be the key witness who is able to provide the missing link.

As with its bestselling predecessor, Death in Profile, the book develops the lives and loves of the team at 'Hampstead Nick'. While the next phase of a complicated love triangle plays itself out, the protagonists, struggling to crack not one but two apparently insoluble murders, face issues of national security in working alongside Special Branch.

On one level a classic whodunit, this quirky and intelligent read harks back not only to the world of Agatha Christie, but also to the Cold War thrillers of John Le Carre, making it a worthy successor to Death in Profile which was dubbed 'a love letter to the detective novel'.
Posted by Karen (Euro Crime) at 1:41 pm