The next entry in the Euro Crime reviewer's Favourite Discoveries of 2015 is a new publisher, recommended by Rich Westwood. 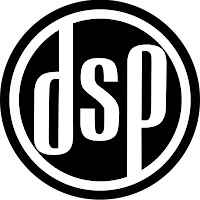 My discovery of the year is the publisher Dean Street Press, one of the small number of independent publishers resurrecting classic crime fiction for a new generation equipped with e-readers.

They came to my attention early in the year with two novels by George Sanders. George Sanders was a Hollywood star from the 1930s onwards, appearing in Hitchcock’s Rebecca, a number of films playing the Saint and the Falcon, and as the voice of Shere Khan. He wrote (or more probably just put his name to) two very enjoyable and very different novels. CRIME ON MY HANDS is narrated by a fictionalised 'George Sanders' and is a screwball mystery played out on the set of a western in Northern California. STRANGER AT HOME is a far more serious affair with a degenerate LA high-life setting reminiscent of Raymond Chandler.

Dean Street Press followed the Sanders novels with two by Ianthe Jerrold, a virtually forgotten Golden Age mystery writer. THE STUDIO CRIME, published in 1929, begins with the murder of an art dealer in St John's Wood. The irresistibly named John Christmas plays the part of amateur sleuth. His friendly rivalry with Scotland Yard bears comparison with his Golden Age peers, but in a nice variation on the trope, his friends are sceptical and unwilling to subscribe to his great amateur detective lifestyle.

DEAD MAN'S QUARRY, first published in 1930, could well be my favourite reissue of the year. It opens with a group of young people (and one parent) on a cycling holiday in a polite and ordered countryside, where the consistency of boiled eggs is the main topic of conversation. As events unfold, we meet suspicious locals, mysterious strangers, ginger beer bought at cottages, and that old staple the remote shepherd's hut. And there is a full supporting cast of rustics (who all add something to the story): a philosophically philandering footman, a poetic shepherd, and a grumpy pub landlord. All great fun.

It's great to see these authors given a chance to reach new audiences so long after their heyday, and I hope to see many more new discoveries next year.
Posted by Karen (Euro Crime) at 12:00 pm

thanks for the heads up.