Lise McClendon's The Bluejay Shaman is currently free on UK Kindle. It's the first in the Alix Thorssen series. (The Euro Crime connection is that Alix is part Norwegian and the third book in the series is called Nordic Nights!) 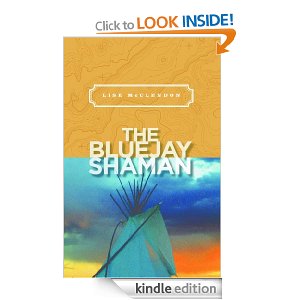 Traveling the back roads of Montana, not-quite-fearless art gallery owner Alix Thorssen is far from home and up to her Ray-bans in shaman’s secrets, mysterious deaths, madness, and – ah yes – passion among the pine needles. Whoever killed Shiloh Merkin hated her and wanted her dead. But did Wade Fraser, Alix’s brother-in-law and University of Montana anthropology professor, do the deed? What happened to the petroglyph of the bluejay shaman? Alix follows a trail of sex, moonlit rituals, and legendary artifacts as another murder leads her to a chilling confrontation with the killer.
Posted by Karen (Euro Crime) at 6:46 pm