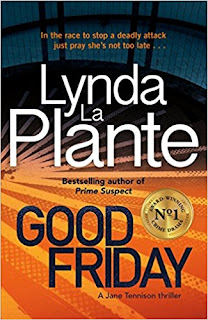 During 1974 and 1975 the IRA subjected London to a terrifying bombing campaign. In one day alone, they planted seven bombs at locations across central London. Some were defused - some were not.

Jane Tennison is now a fully-fledged detective. On the way to court one morning, Jane passes through Covent Garden Underground station and is caught up in a bomb blast that leaves several people dead, and many horribly injured. Jane is a key witness, but is adamant that she can't identify the bomber. When a photograph appears in the newspapers, showing Jane assisting the injured at the scene, it puts her and her family at risk from IRA retaliation.

'Good Friday' is the eagerly awaited date of the annual formal CID dinner, due to take place at St Ermin's Hotel. Hundreds of detectives and their wives will be there. It's the perfect target. As Jane arrives for the evening, she realises that she recognises the parking attendant as the bomber from Covent Garden. Can she convince her senior officers in time, or will another bomb destroy London's entire detective force?

This was a very atmospheric and fast moving story. I was gripped by this fabulous page turning read. I have not read any of the Tennison stories before but have distant memories of the TV series and in 2010 I reviewed her book BLIND FURY, which featured her other protagonist DI Anna Travis and was very impressed with that story. I remember the 1970s very well and the IRA bombing campaign was very shocking and the TV news reports very filled with all the latest outrages and the difficult reporting of all the latest news from Northern Ireland.

This was thoroughly engrossing read and the very experienced author has done her research impeccably and the book is infused with period detail to give a real flavour of life as I remembered during the mid 1970s. One just could not fault the plotting of this story. The dramatic plot with many twists and turns in the story telling kept me gripped until the sensational conclusion. Very strongly recommended.