Blog Tour: Review of A Patient Fury by Sarah Ward

I'm very chuffed to be on the blog tour for Sarah's third book, A Patient Fury. I've reviewed the previous two: In Bitter Chill and A Deadly Thaw and A Patient Fury doesn't disappoint. 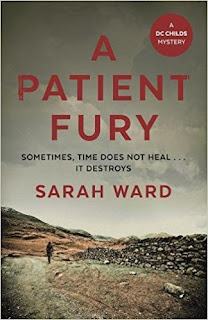 A PATIENT FURY is the third book in Sarah Ward's Derbyshire series, following on from IN BITTER CHILL and A DEADLY THAW. The series which began with a trio of detectives, Sadler, Palmer and Childs is increasingly marketed as the DC Connie Childs series and as befits that, it's Connie who puts the most into the case(s) and risks the most, in this new book.

A PATIENT FURY opens with slaying of a father and small son in their home. It quickly moves on to the police being called out to a house fire – three suspected casualties: mum, dad and son.

The fire investigator concludes that the fire which killed dad, Peter and son, Charlie was set by the mum, Francesca, before she hung herself. Connie is unhappy with this conclusion and challenges Sadler – when do mothers kill their children?

The next of kin are two adult children from Peter's first marriage, Julia and George. Connie finds out from Julia that this is not the first parent she's lost under mysterious circumstances. It's Connie's investigation into this cold case which leads to her career being on the line. Connie, however, gets help from an unexpected source as she digs deeper into the past and current tragedies.

As with the earlier books the narrative is mainly split between the police officers and a sympathetic female civilian, in this case Julia, with the cliff-hanger chapters switching briskly between them keeping the pace up; even more so in the second half of the book.

Each book in the series has been more ambitious than the last with A PATIENT FURY having a larger cast of secondary characters which fortunately are easy to keep straight and adds to the (fictional) town of Bampton feeling like a real community.

The mystery of who did what to whom is kept from the reader until the very last page, in what I'd call a typical Karin Fossum ending, you are left satisfied and yet wanting more. I always enjoy my time in Bampton and I can't wait to find out what happens next with our Bampton police squad. 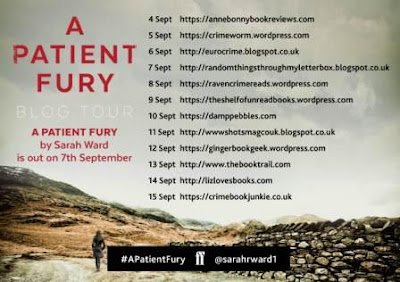