The Crime Writer at the Festival - Short Stories, Episode 3

The latest in a series of short stories set at Festivals/Events running on Radio 4 is by Val McDermid and is called Same Crime, Next Year. It was on last Sunday but you can listen again for the next 25 days via iplayer or the website. Next Sunday, the story is by David Mark. 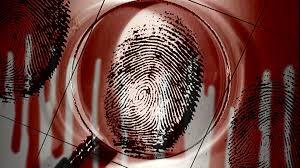 Tonight, a new story by Val McDermid, who is one of the co-founders of the Theakston's Crime Writing Festival, held every July in Harrogate, and which has become one of the biggest celebrations of the genre in the world.

Her story, "Same Crime, Next Year" is set at Harrogate and imagines the fallout from a torrid affair between two crime writers.

Fab. Thanks for this. I shall pop over and listen. Love hearing her speak and reading a story will be great.