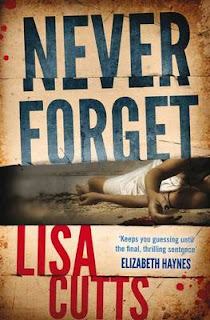 In 1976 five-year-old Nina Foster was rescued by the police. She and her elder sister had been abducted and Stan Maguire was the police officer in charge.

Thirty years later Nina is a detective police constable. Now retired, Stan Maguire, had become her mentor and a second father. Based at a police station on the outskirts of London, Nina is seconded to a murder investigation along with her regular police partner John Wing. The dead woman is known to have worked as a prostitute and has several stab wounds to her body. Nina and Wingsy are given various procedural leads to follow.

Nina and her colleagues are working long hours to try and process all the information they are receiving and interview many people connected with the deceased. Nina also has the upset that Stan has prostate cancer and has to have an operation.

Nina's world starts to spiral when photos are sent to her showing her at various stages of her life! Who would have taken these?

This is the first in a new series by the author. As you would expect of a serving police woman with both her father and husband having been in the force, her knowledge of police procedure is excellent. She tries to convey the minutia of information that the police have to sift through and follow up. There is a lot going on and quite a few characters to remember.

NEVER FORGET is an impressive debut and I look forward to hearing more about Nina. The author tries also to show how the police cope with the stress of long hours and endless paperwork with humour. She seems to have been impressed so much with the tale of someone arrested for trying to sell stolen meat joints in a pub, smuggled down the front of his jogging trousers, that she mentions this incident several times!

What a brilliant novel. As I read it I really felt the mood of the Incident room and the Investigation and could relate to it having worked as a Crime Scene Investigator for Kent Police. A really good read and I would advise anyone interested in Crime to read this book.So nice to read about English Police and not American.

Brilliant book. I was engrossed in the book thinking how true to life it was when I discovered that the author is a Police Officer for Kent Police and describes the job so well. I worked in Forensics for Kent Police so can really appreciate this book. Such a welcome change from American crime novels.
Can't wait to read her next book.