I'm sure there are more of these but my brain's gone blank at the moment. The hardback of The Lovers by John Connolly was published in 2009 but the paperback edition has dropped the statue theme. Whereas both editions of The Valkyrie Song by Craig Russell feature a stone angel. Ruth Newman's Twisted Wing came out in paperback in February.
Update from comments: Elizabeth George's This Body of Death (US edition)
Update from brain: Frank Tallis's Deadly Communion
Update from MaxCrime catalogue: Hitler's Angel by Kris Rusch (6/10) 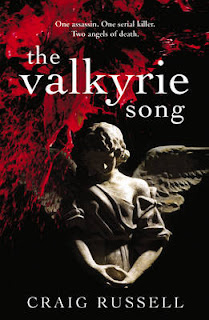 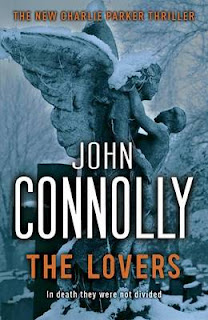 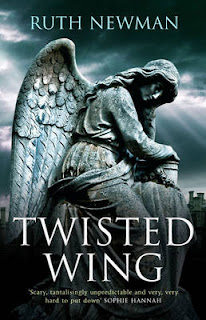 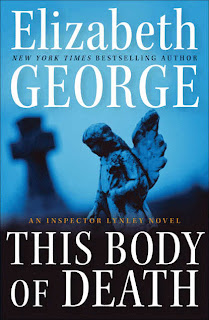 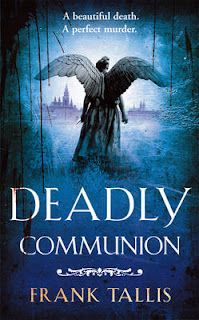 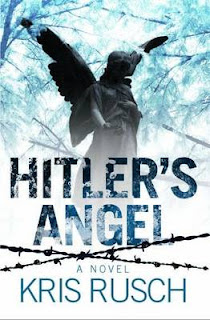 Update: US edition of Speak No Evil published in June: 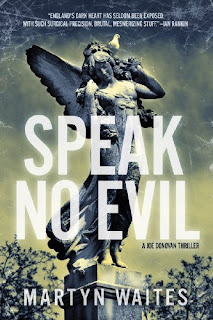 Karen - How do you do this? You've really chosen some wonderful, striking covers : ). I need to notice more... ; )

There's also this one http://www.amazon.co.uk/Angelology-Danielle-Trussoni/dp/0718155580 called, fittingly, Angelology. Absolute thumper of a book at 464 pages and small print...

There are some great ones of Andrew Taylor´s Roth trilogy: The Four Last Things, The Judgement of Strangers and The Office of the Dead:
http://www.lydmouth.co.uk/page3/page5/page1/page1.html

And let's not forget Elizabeth George's new (at least in the States) This Body of Death:

Angels are the new black! Angel/dog/mis mem is the ideal combination, apparently. The challenge will be to get all three into one cover.

In the meantime, congratulations on a great game, set and match ;-)

(The book Snow Angels, by James Thompson, which was sent to Dorte, then to me, then to you, has no angel on the cover, just the usual snow, tree etc (from memory)- seems like someone missed a trick. However, there isn't a UK edition/cover yet, so let's see...)

PS Doesn't one of Susan Hill's Serralier books have an angel on the front?

Just added the recent US edition of Speak No Evil by Martyn Waites.