The US release date is 24 August, the UK is 25 September. 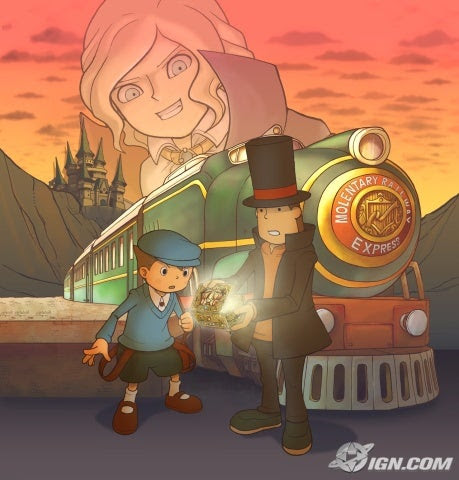 Synopsis: In the world of Professor Layton, puzzles hide in every corner. When the professor's mentor is mysteriously murdered, a cursed artefact called the Elysian Box appears to be behind it. With a ticket to the Molentary Express as their only lead, Professor Layton and Luke embark on an adventure that will test their wits and work their brains. Calling all brainteaser fans! With tons of in-game puzzles of different types and difficulties, there's something for everyone from kids to adults. As Professor Layton, you'll open doors with sliding puzzles, uncover clues with logic puzzles, and find answers by solving riddles. A cinematic experience! This large-scale sequel to Professor Layton and the Curious Village™ features three times the voiced dialogue and movies of its predecessor. The fully voiced movies, hand-drawn art style, and cast of eccentric characters bring the story to life and are sure to charm puzzle fans young and old.

You have been nominated for the Literary Blogger Award. Details at http://pkmadsen.blogspot.com/2009/06/holy-schmoley.html.

You are so appreciated, I hope you know that everyday.

There are now two known trilogies for this game and one rumoured. The 3rd one being a prequel to the 1st trilogy.

Curious Village and Pandora's box are games just 1 and 2 of 9, so there are many more to come :)